Netflix, Disney in talks over Lucasfilm, Marvel rights | Major Businesses | Business | News | Rapid TV News
By continuing to use this site you consent to the use of cookies on your device as described in our privacy policy unless you have disabled them. You can change your cookie settings at any time but parts of our site will not function correctly without them. [Close]

Just days after the news broke that Disney is pulling its films from Netflix, sources say the streamer is in active talks to land the OTT rights to Marvel Comics and Lucasfilm offerings in the US. 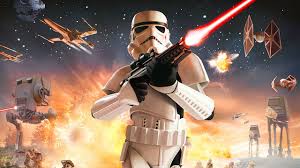 According to reports, those rights will be negotiated after 2019.

The news comes after Disney announced its intention to follow in the footsteps of increasing numbers of cable nets, with the launch of an ESPN-branded multi-sport video streaming service in early 2018. That is to be followed by a new Disney-branded direct-to-consumer streaming service in 2019.

Underpinning the strategy is the House of Mouse’s decision to take a majority ownership of streaming company BAMTech (it had a 33% stake before). Previously the interactive media and Internet company of Major League Baseball, BAMTech was founded in 2000 and provides direct-to-consumer streaming services, data analytics and commerce management with nearly 7.5 million total paid subscribers to its clients’ OTT products. The multi-platform offering also has back-end technology that can personalise and enhance content viewing experiences and is capable of serving live content to global consumers.

Netflix chief content officer Ted Sarandos called Disney's launch of a streaming service a "natural evolution" in that the company expected it.

Disney’s decision to launch its own OTT service in the US won’t affect Disney, Marvel or Star Wars content included in Netflix’s catalogues across Latin America and Spain.

“Netflix’s subscribers in the US will have access to Disney’s films until the end of 2019, including all the new films set to premiere until 2018,” the company said. “Outside the US, our agreement with Disney remains the same.”