Facebook accelerates video offer with Watch for TV shows | Social TV | News | Rapid TV News
By continuing to use this site you consent to the use of cookies on your device as described in our privacy policy unless you have disabled them. You can change your cookie settings at any time but parts of our site will not function correctly without them. [Close] 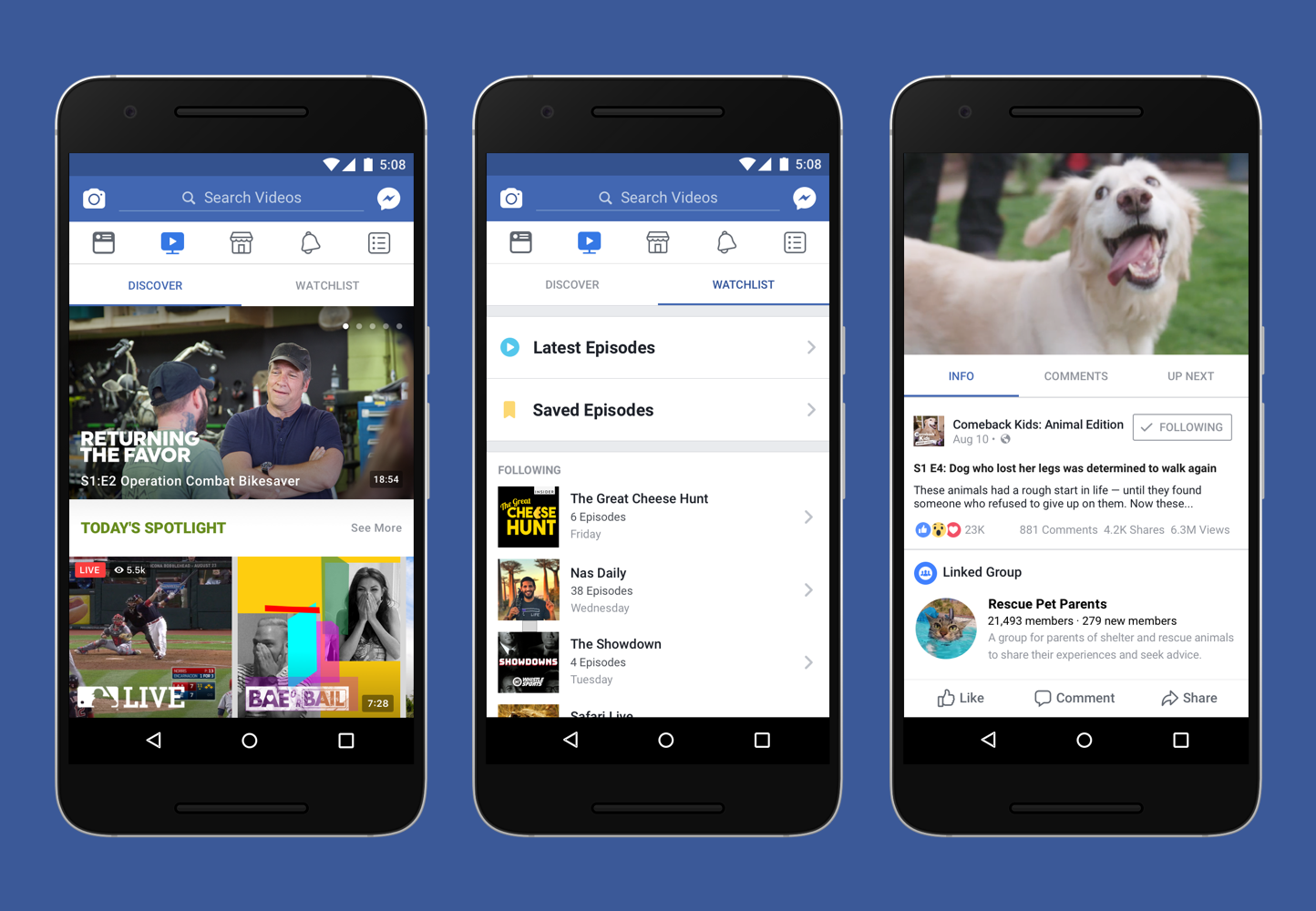 In what may be a turning point for the online video industry, social media giant Facebook is introducing a new platform for video and TV shows across its network.

Watch, which will be available on mobile, on desktop and laptop, and in TV apps, will house another new feature, called Shows. Content creators can create sets of live or recorded episodes that follow a theme or storyline.

“Watch is personalised to help you discover new shows, organised around what your friends and communities are watching,” said Daniel Danker, director of product at Facebook. “For example, you’ll find sections like Most Talked About, which highlights shows that spark conversation, What’s Making People Laugh, which includes shows where many people have used the ‘Haha’ reaction, and What Friends Are Watching, which helps you connect with friends about shows they too are following.”

He added that people’s comments and reactions to a video are as much a part of the experience as the video itself.

“So when you watch a show, you can see comments and connect with friends and other viewers while watching, or participate in a dedicated Facebook Group for the show,” he said.

Facebook has also funded some shows that are examples of community-oriented and episodic video series. For example, Returning the Favour is a series hosted by Mike Rowe where he finds people doing something extraordinary for their community, tells the world about it, and in turn does something extraordinary for them. Candidates are nominated by Rowe’s fans on Facebook.

“This represents another significant step and underlines the company’s commitment in video,” said Paolo Pescatore, VP, Multiplay & Media, CCS Insight. “All of its rivals have strengthened their video offerings and are pushing the boundaries further by rolling out new features quite regularly. And with everyone piling into offering video and TV, it is becoming increasingly hard to differentiate. Fundamentally it’s all about the content, creating that next biggest blockbuster.”