Hispasat’s Amazonas 5 readies for launch | Satellite | News | Rapid TV News
By continuing to use this site you consent to the use of cookies on your device as described in our privacy policy unless you have disabled them. You can change your cookie settings at any time but parts of our site will not function correctly without them. [Close]

Having flown in from SSL facilities in Palo Alto, Hispasat’s Amazonas 5 satellite will now undergo pre-launch tests at the Baikonur spaceport. 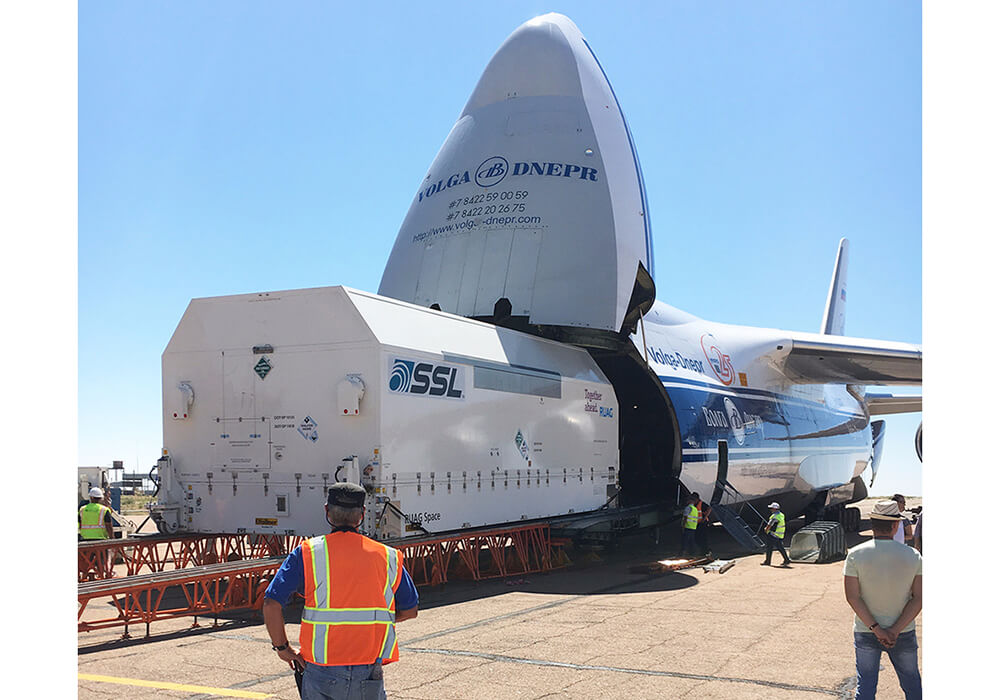 The satellite is designed to boost TV broadcasts across the Americas. With capacity for 500 TV channels, Hispasat intends to make the Amazonas 5 a cornerstone of 4K direct-to-home (DTH) television.

Scheduled for launch in September, the satellite has 24 transponders in the Ku band, offering coverage over Central and South America to provide high-performance DTH services.

It also incorporates 34 spots in the Ka band that will provide connectivity services to more than a half a million people, also offering transportation or backhaul services to deploy 3G, LTE and even 5G mobile networks.

At the launch site of Baikonur, Kazakhstan, the last series of tests will be run to verify the functioning of the satellite after its transfer from the US. The Amazonas will then be integrated into the Proton M Breeze M launch vehicle.

The Amazonas 5 has an estimated useful life of 15 years and was built on SSL's 1300 satellite platform. This satellite expands the space capacity of the Hispasat fleet in the American continent.
Tweet