BBC, Microsoft team on AI-based voice sign-in and discovery | Infrastructure | News | Rapid TV News
By continuing to use this site you consent to the use of cookies on your device as described in our privacy policy unless you have disabled them. You can change your cookie settings at any time but parts of our site will not function correctly without them. [Close]

As it explores the next generation of TV technology, the BBC is working with Microsoft to build an experimental voice-controlled version of the BBC iPlayer based on artificial intelligence. 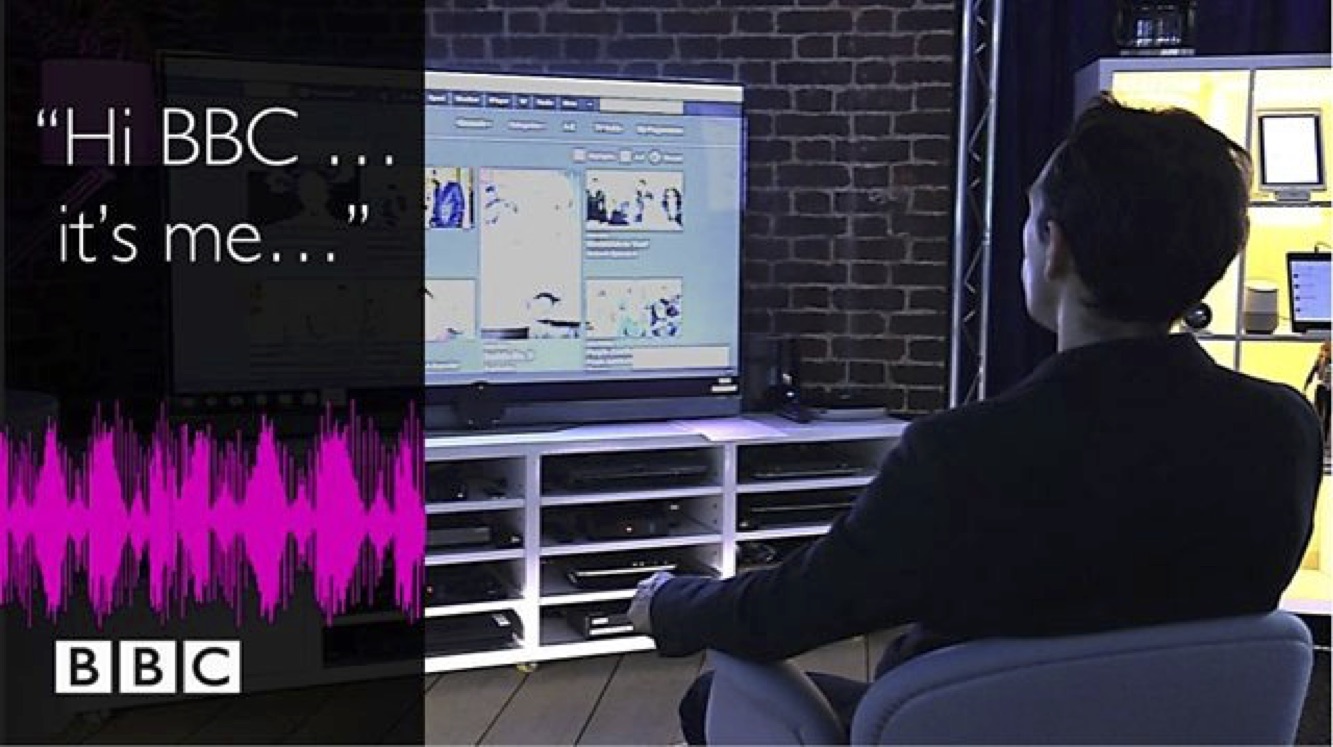 The BBC says that among its projects it is working on ways to give people a more intuitive and more personal service in the future. The new project is designed to allow individuals to sign in to BBC services using their unique voiceprint and to talk to their TV to select what they want to watch. The corporation believes that with voice-controlled interfaces such as Amazon’s Alexa, Apple’s Siri, Google’s Assistant and Microsoft’s Cortana starting to gain popularity, there is a good chance that in some situations, speaking to a computer will be the main way that we interact with many of our digital devices.

Advancing personalisation has been a key aim for the BBC for the last year or so and in September 2016 it announced the next phase of its plans to make its content, products and services more personalised and tailored to all viewers and listeners. The corporation claims that a more personal BBC means helping viewers find more of what they like through more personalised experiences, and using data to be better informed to make decisions around future programming for everyone. The first phase of the plan was a sign-in system for the BBC iPlayer, BBC iPlayer Radio and some mobile apps.

As part of advancing this, the BBC says that just like fingerprints, people have a voice that is totally unique.

In its experiment, described right now as a proof of concept, the BBC is attempting to recognise the individual characteristics of voice — such as tone, modulation, pitch etc. — then processing that information and then matching it to a sample of the user’s voice stored in the cloud. Artificial intelligence software is then deployed to authenticate the user and performs sign-in automatically. The next time users want to use services, they just say their name and a phrase. As well as letting users sign in to BBC services using their unique voice instead of a password, the BBC’s internal prototype also gives users the option to select what they want to watch by talking to their device.

The BBC postulates that when artificial intelligence and machine learning have advanced sufficiently, people could end up in a conversation with their TV about what’s available to watch now, whether they like the sound of it or not, whether there’s something coming up that they’re interested in, and what they like to watch when in a certain mood. All the time, the TV service would be learning about their preferences and getting smarter about what to suggest and when.

“Just by listening to the voices in the room, your TV could automatically detect when there are multiple people in the living room, and serve up a personalised mix of content relevant to all of you in the room,” said BBC head of digital partnerships, distribution and business development Cyrus Saihan. “All of this personalisation could happen without anyone having to press a button, sign in and out or change user profiles. This was an internal experiment, designed to help us better understand how emerging technologies could impact the media industry and provide us with an opportunity to improve the experience for our audiences in the future...We are always looking out for ways that we can work with the market to deliver new types of content to our audiences in new ways.”