Mexico welcomes first sports-focused OTT player | OTT | News | Rapid TV News
By continuing to use this site you consent to the use of cookies on your device as described in our privacy policy unless you have disabled them. You can change your cookie settings at any time but parts of our site will not function correctly without them. [Close]

Sportflix, the first over-the-top (OTT) platform to deliver exclusive access to sports in Mexico, is preparing to launch in the country. 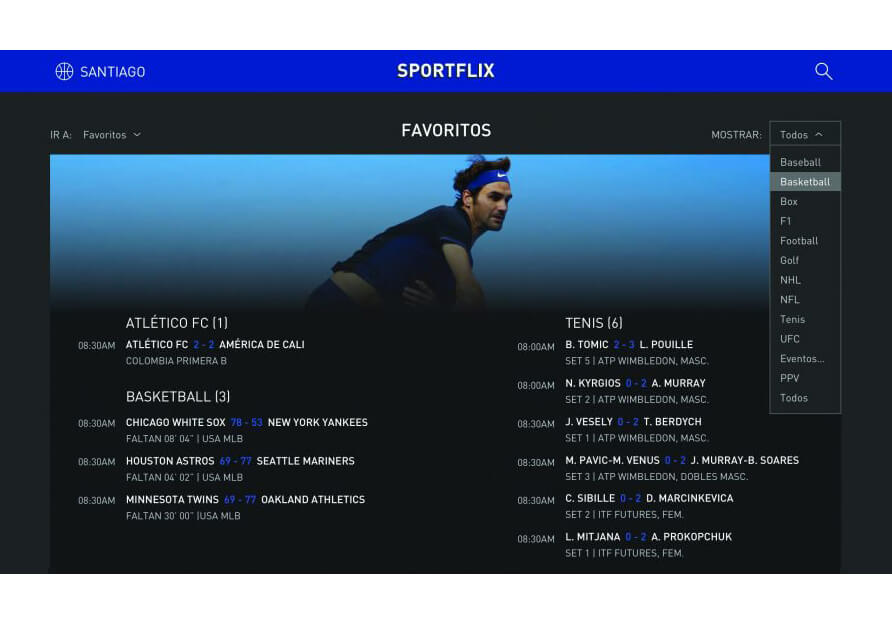 Although it won’t be showing the local football competition, Sportflix will be deliver access to many other competitions, including the NFL, NHL and UFC and baseball, basketball, formula one, football, golf and tennis championships.

The service will premiere in Mexico with no plans of any expansion into other Latin American countries having been announced.

The platform will launch along with an Android and iOS app portfolio and three plans, copying the strategy of other streaming services. However, the most expensive Platinum Package will include a pay-per-view possibility for transactional video-on-demand (TVOD) events.

“Sports are a way of life for many people. Except for people with no Internet access, everybody is a potential client of Sportflix. Everybody like some kind of sports,” commented Matias Said, VP, Sportflix, in an interview with Forbes Mexico.
Tweet