Premium video yet to achieve mass uptake in Asia Pacific | OTT | News | Rapid TV News
By continuing to use this site you consent to the use of cookies on your device as described in our privacy policy unless you have disabled them. You can change your cookie settings at any time but parts of our site will not function correctly without them. [Close]

Premium video yet to achieve mass uptake in Asia Pacific

Uptake of premium video services in Asia remains low, although niche streaming apps and free-to-air (FTA) catch-up TV have become popular in many markets, according to a new report from Media Partners Asia (MPA). 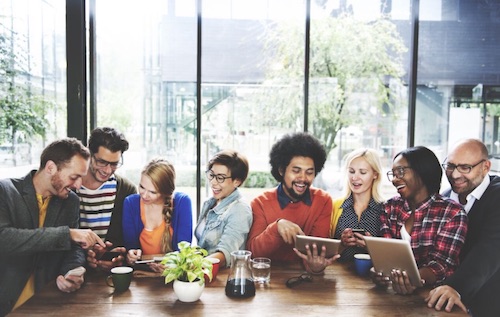 The latest MPA Asia Pacific Video Consumer Study found that, with the exception of Netflix in Australia and MyTV Super in Hong Kong, the overall uptake of subscription video-on-demand (SVOD) services is yet to gain traction. In the emerging markets of Indonesia, Malaysia, Philippines, Singapore, Taiwan and Thailand adoption is still low, although the appetite for SVOD services is beginning to grow in Indonesia, Philippines and Thailand as digital platforms develop to serve local customers.

Global giants YouTube and Facebook are establishing a tight grip on domestic online video in marketplaces that are still largely geared towards ad-supported services.

“Premium content providers with ad-supported and freemium online video services have much to do if they want to cater to mass audiences. Netflix is putting in a strong performance in Australia, and has started to show deeper usage patterns in niche segments across Southeast Asia and Taiwan. iQiyi has also enjoyed a good start in Taiwan. Freemium offerings from local broadcasters are also showing promise,” said Aravind Venugopal, vice president, MPA.

“In Southeast Asia’s growth markets, actual engagement and usage of ad-supported and subscription-based premium video services is low among internet users, although watch time among engaged users is growing in certain markets. Online video is at an early stage of development in Indonesia, the Philippines and Thailand. While reach has substantially grown for some OTT platforms through wholesale telco partnerships, usage is low, although there is positive momentum in markets like Indonesia.”

The survey results indicated that most ad-supported services were used by no more than 15% of Internet users on a regular basis. “In general, premium online video services have much to do to win over hearts and minds in Australia, Southeast Asia, Hong Kong and Taiwan,” said MPA.

In developed markets with high levels of pay-TV penetration, SVOD customers are also likely to subscribe to pay-TV platform. In Taiwan, this crossover is 94%, with figures almost as high in Singapore and Hong Kong. In emerging markets where pay-TV is less prevalent, it is a different scenario. In Indonesia and Philippines, for example, less than a third of SVOD subscribers have a pay-TV subscription.