Latin America drives towards the fibre era | IPTV | News | Rapid TV News
By continuing to use this site you consent to the use of cookies on your device as described in our privacy policy unless you have disabled them. You can change your cookie settings at any time but parts of our site will not function correctly without them. [Close] 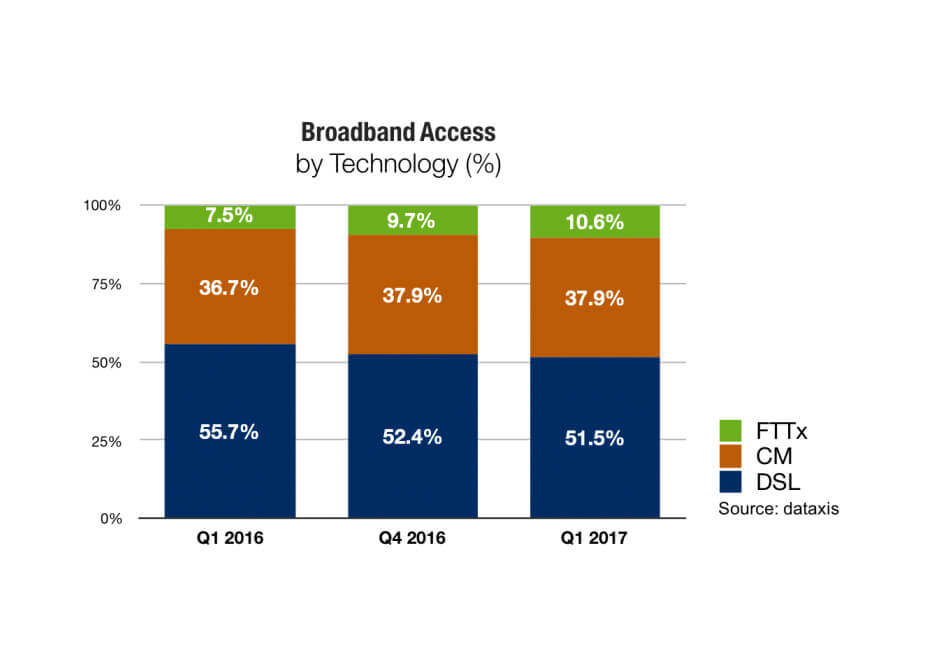 DSL technology still dominates the market with a 51.5% share, but it’s also showing a progressive loss of subscribers as it’s replaced by FTTH. Fibre connections already account for 10.6% of connected households in Q1 2017, while 37.9% of them are still using a cable modem.

América Móvil is the top Latin American broadband player with 33% of connections, followed by Telefónica (19%) and Televisa Group (5%). Once the Cablevisión-Telecom Argentina merger is completed, Clarin Group would have almost 6% of LATAM connections, said Dataxis.