bobbles announces new Humax receivers for cross-border online TV viewers | Infrastructure | News | Rapid TV News
By continuing to use this site you consent to the use of cookies on your device as described in our privacy policy unless you have disabled them. You can change your cookie settings at any time but parts of our site will not function correctly without them. [Close] 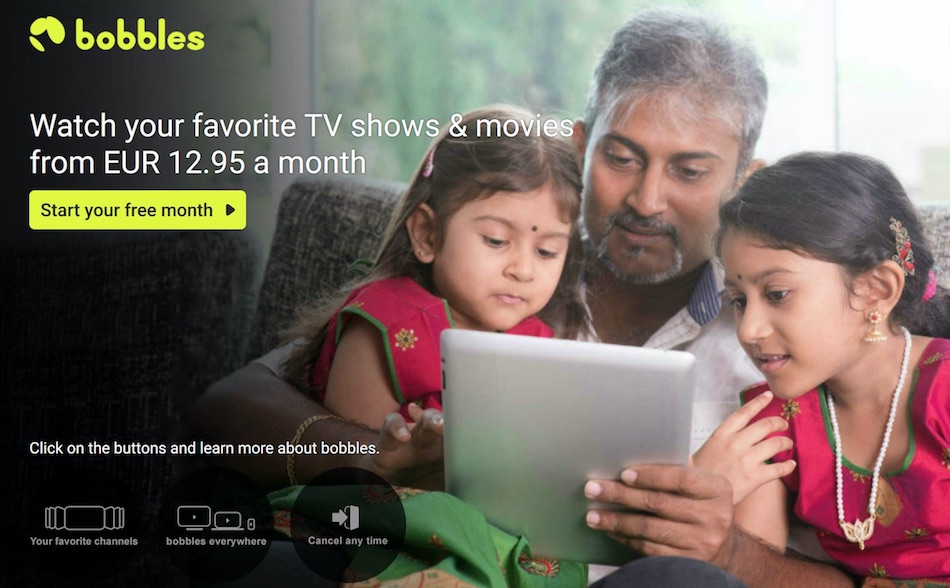 A multicultural satellite and OTT entertainment service for international expat communities living in Europe, bobbles.tv is a product of Hamburg-based privately held bubbles media GmbH, a pay-TV provider specialising in TV offerings for international target groups. Launched in August 2016, and combining pan-European satellite broadcasting with over-the-top viewing via online distribution, bobbles aims to deliver culture-specific entertainment packages to the estimated 15 million people originating from Asia Pacific, Africa and Latin American regions who have relocated to Europe. With its mainstay of programming for European-based Chinese and Korean communities, the most recently launched bobbles package delivers India’s most popular TV channels.

“We congratulate bobbles for its commercial and technical innovation in delivering engaging, easy-to-access top quality entertainment to Europe’s international communities,” said Graham North, vice president sales at Humax commenting on the launch. “Humax is proud to play a role in helping to bring these communities together via a great TV viewing experience whether it’s via satellite or online.”

“Fundamental to our values is the need for maximum user choice and flexibility at a subscriber-friendly price,” added bubbles media  CEO Arnold C Kulbatzki. “We believe these new Humax devices help us further deliver on these goals, enabling more people to enjoy bobbles programming, and feel closer to home.”