US telecom income triples Latin America | Media Analysis | Business | News | Rapid TV News
By continuing to use this site you consent to the use of cookies on your device as described in our privacy policy unless you have disabled them. You can change your cookie settings at any time but parts of our site will not function correctly without them. [Close]

The Organización de Telecomunicaciones de Iberoamérica (OTI) has revealed that the US telecom market is three times bigger than the Spanish- and Portuguese-speaking markets, including the Iberian countries. 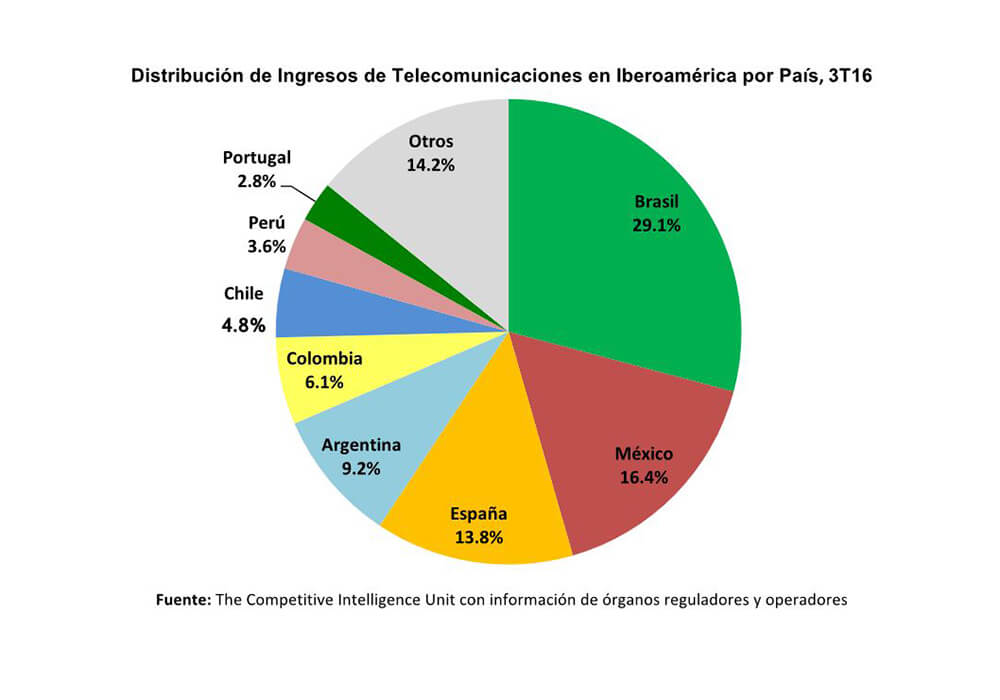 Including pay-TV, broadband and mobile businesses, Latin America, Spain and Portugal telecoms invoiced over $36,000 million during Q3 2016, a 3.2% year-on-year increase. The positive trend has mostly been driven by the burgeoning Mexican, Spanish and Argentinean markets.

According to the OTI report, which was based on data by The Competitive Intelligence Unit and market authorities from each country, a growth trend has also been seen in the US, where the market amounted to $127,289 million in the quarter, after rising by 3.1%.

Outside the US, Brazil remains the second largest market of the analysed region, accounting for 30% of non-US income and invoicing $10.6 billion. The Portuguese-speaking country holds its position despite having decreased by 1.1% since Q3 2015.

Mexico is the third largest market in the report (up 1.4%) followed by Spain (up 1%), both of which totalled over $11 billion. Argentina appears to have experience the largest quarterly growth - up 35.3% year-on-year to reach $3.37 billion.

“Latin America’s telecom industry growth is on the up, driven by the adoption of new services, convergent offerings, the development of infrastructure and investment projects that are boosting access and coverage through fibre and LTE technologies,” concluded the report.