Starz Play Arabia eyes new markets with US$125MN in funding | VOD | News | Rapid TV News
By continuing to use this site you consent to the use of cookies on your device as described in our privacy policy unless you have disabled them. You can change your cookie settings at any time but parts of our site will not function correctly without them. [Close]

Starz Play Arabia is set to grow its service in the Middle East and North Africa (MENA) and embrace new markets in South Asia and Africa after raising funds of US$125 million. 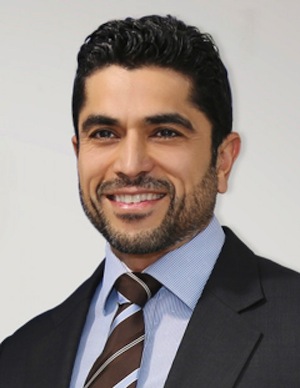 CEO Maaz Sheikh said the financial backing raised since its inception represents a “milestone” for the two-year old company, which has attracted 700,000 paying subscribers to date across MENA.

The funds will be used in three areas, Sheikh told Rapid TV News. Firstly, to strengthen the programming offer, secondly to enhance the product and user experience, and thirdly to expand in MENA and other growth markets beyond the Arab world.

“We have shortlisted attractive, high growth markets and are in discussion with potential partners on the ground. We are looking at the competitive landscape in each market, what the state broadcast offering is, and 4G is an important factor for us to determine market attractiveness,” said Sheik. “We expect to make announcements of our expansion in Q1 2018.”

Operating in a region where the population is young, where mobile is the primary method of consuming Internet-delivered content, where carrier billing is key, and where English is not the first language gives Starz Play a competitive edge over global video-on-demand (VOD) players such as Netflix, claims Sheikh. “These exact same factors are strengths for us in other high growth markets,” he added.

Starz Play Arabia has also launched a temporary ‘download’ function this year for both iOS and Android-based devices to allow subscribers to watch content offline. This function – which will now be improved following the funding injection – is already proving popular, said Sheikh, with evergreen shows such as Friends, Greys Anatomy, Flash, House and How I Met Your Mother the most downloaded content since the option was introduced.

As of May 2017, the Starz Play Mobile App had been downloaded on more than 1.6 million devices, with the service available on mobiles, PCs, tablets, smart TVs and gaming consoles. The company reported a total of 95 million viewing sessions across the MENA region in May 2017, making it the eleventh most visited website in Saudi Arabia and 25th in the UAE, according to data from SimilarWeb.
Tweet