Investment regulation, piracy pin back Taiwan’s digital video industry | Major Businesses | Business
By continuing to use this site you consent to the use of cookies on your device as described in our privacy policy unless you have disabled them. You can change your cookie settings at any time but parts of our site will not function correctly without them. [Close] 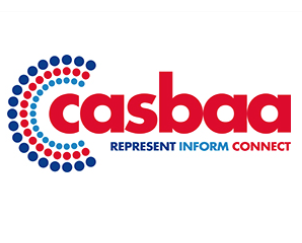 The meeting heard that the rule is interpreted to prohibit acquisition of cable equities by companies where their corporate parents, several levels up, have even a single share owned by a Government entity. The island of Taiwan and its 23 million people are served by 61 cable operators, 36 of which are controlled by five multi-system operators (MSOs), plus 25 smaller independent providers. At the end of 2016, the five MSOs controlled 73% of Taiwanese cable subscriptions.

Such an investment rule was flying in the face of global industry experience over the past 20 years, said CASBAA CEO Christopher Slaughter. “Because of these rigid restrictions, only introduced in 2005, urgently needed mergers between telecom carriers (fixed line and mobile) and cable TV operators have proved almost impossible,” he remarked. “This is preventing Taiwan from enjoying the most compelling aspects of the twenty-first century media revolution.”

Another key concern expressed at the meeting was the proliferation of online piracy networks were cited as another major problem. CASBAA noted that representatives of start-up OTT operators trying to market bouquets of programming to Taiwan consumers observed they faced huge obstacles, as long as pirate networks based offshore were free to steal the programs and distribute them for free. They warned that the development of innovative, indigenous Taiwan programming was at risk.

What made it more pressing to address this issue was that by the end of online video in Taiwan will likely generate 15% of $120 billion in revenues accrued by TV/telecoms industry from traditional free-to-air TV, pay-TV and over-the-top (OTT) services, according to research house MPA. While the CASBAA meeting was generally upbeat, warnings of the cost of revenue leakage (ie piracy) were a recurring theme. “The hugely damaging level of content piracy is not only holding back growth of both traditional pay-TV and innovative OTT offerings, but also the overall economic development of Taiwan as a whole,” commented CASBAA chief policy officer John Medeiros.”