Cord-cutting remains controlled in Argentina | OTT | News | Rapid TV News
By continuing to use this site you consent to the use of cookies on your device as described in our privacy policy unless you have disabled them. You can change your cookie settings at any time but parts of our site will not function correctly without them. [Close] 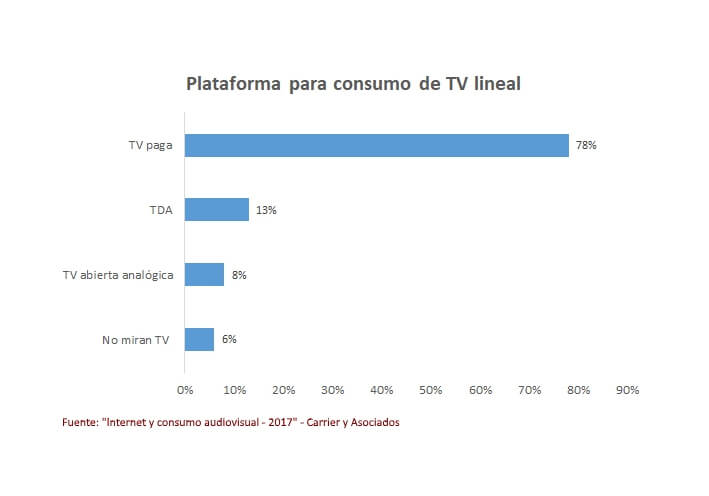 According to the Internet y consumo audiovisual 2017 report this is around the same rate as last year. It also showed that pay-TV remains the preferred platform to access video content among the country’s connected homes. In fact, nearly 80% of Argentinians use their pay-TV platform to watch video, regardless of the source.

“Despite of the increasing fear to cord-cutting, the intention of stop paying for pay-TV has not grown since last year. One in four subscribers are thinking about doing that,” said the report.

According to Carrier y Asociados, users still value many features delivered by pay-TV, particularly those copied from over-the-top (OTT) players, such as multi-screen access, catch-up and video-on-demand (VOD).

“Millennials and young homes are highly attracted by TV services that mimic the consumption habits of the Internet,” concluded the report. “A new scenario of network operators offering connectivity services and OTT channels on top of that is appearing.”
Tweet