Third of all EU TV, VOD services specifically target foreign markets | VOD | News | Rapid TV News
By continuing to use this site you consent to the use of cookies on your device as described in our privacy policy unless you have disabled them. You can change your cookie settings at any time but parts of our site will not function correctly without them. [Close]

An increasing number of audiovisual media services from within the European Union are targeting foreign national markets, according to research from the European Audiovisual Observatory. 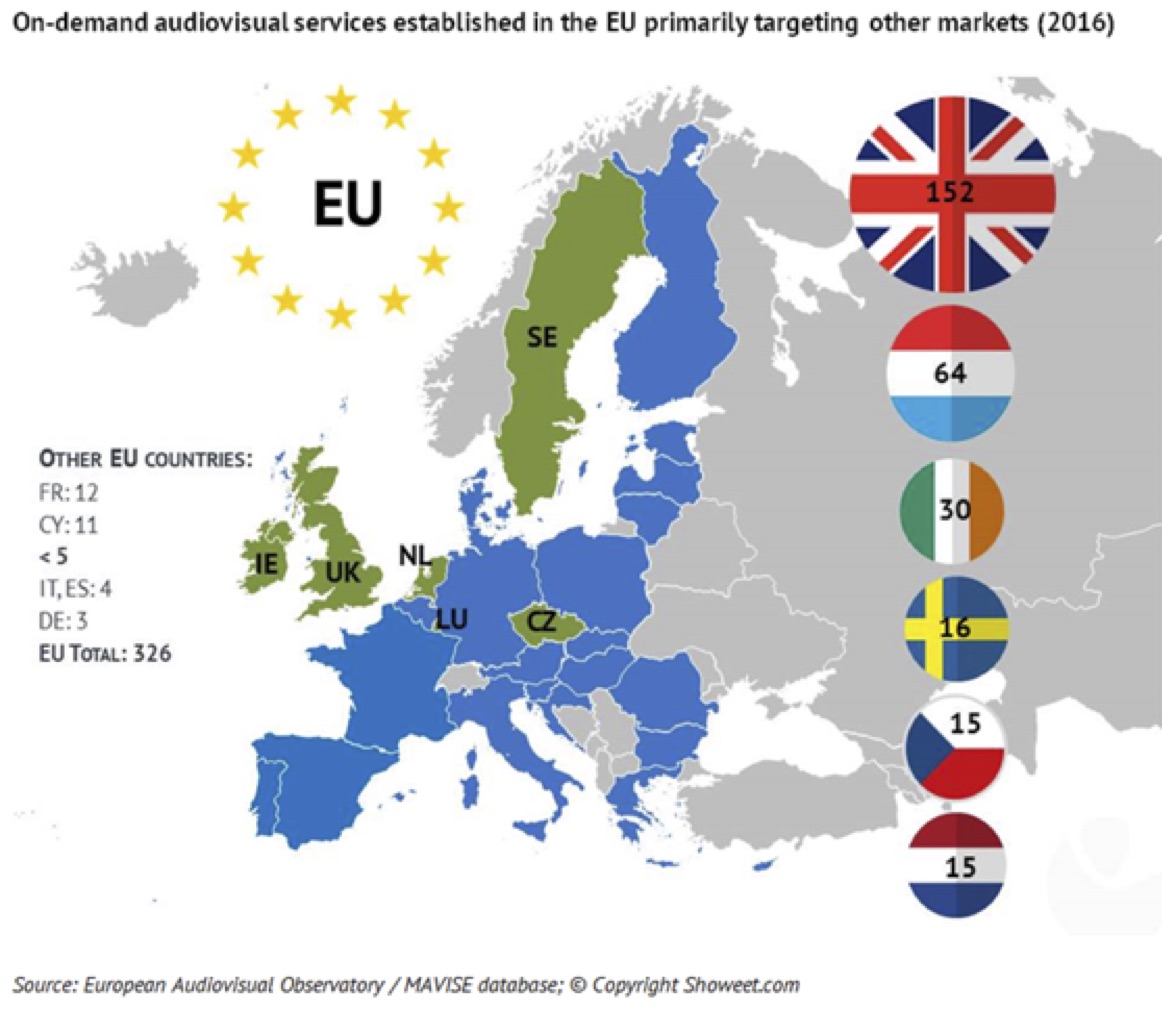 The Audiovisual Media Services in Europe: Focus on Services Targeting Other Countries report is designed to provide an overview of the European audiovisual media landscape, mapping linear and on-demand services and their circulation.

The research found that at the end of 2016, around a third of all television channels and on-demand services established in the EU specifically targeted foreign markets. These services belonged to 44 parent companies, 26 of which were of European origin, 15 of US origin, and three of ‘other’ origin.

In 2016, the EU was home to a total of 4,063 television services and 2,207 on-demand and catch-up audio-visual services; a total of 5,226 linear services and 2,516 on-demand services were established in 40 European countries, plus Morocco. Half of all audiovisual media services established in the EU at the end of 2016 were concentrated in three countries: the UK, France and Germany. Around a tenth of TV services was a public service broadcasting channel and a third were available in HD format.

The United Kingdom was in 2016 the leading European hub for linear and on-demand audiovisual services targeting foreign markets. Other major hubs for both types of services include the Czech Republic, the Netherlands and Luxembourg. In seven European countries — five EU member states, namely Hungary, the Netherlands, Sweden, the French Community of Belgium and Denmark, plus Norway and the French-speaking part of Switzerland — there was a cumulated audience market share for targeted TV services greater than 20% of the overall audience market share.

Access to audiovisual services in 2016 was found to vary greatly from one European country to another but variation was less pronounced for on-demand services. In two out of three EU countries, people could watch between 300 and 600 television channels on average, and in over two-thirds of EU member states consumers could access between 100 and 150 on-demand audiovisual services (excluding catch-up TV services).

The majority of TV channels available on average in a given country in 2016 were foreign channels. Overall, by December 2016, the share of foreign services available in an EU member state tended to be higher for TV (84%) than for on-demand services (74%).

A total of 75 pay on-demand services with US parent companies were available in 2016 in Europe, including several country-specific and linguistic versions of the same service, offered by major market players such as Google and Microsoft.

In what could be seen as somewhat of a future challenge for European providers, the report also showed that several major players for pay on-demand services established in the US have created European-based subsidiaries from which they operate their services targeting other national markets. These include Amazon, Netflix and iTunes.
Tweet