Sky takes minority £4.5MN stake in V-Nova | Major Businesses | Business | News | Rapid TV News
By continuing to use this site you consent to the use of cookies on your device as described in our privacy policy unless you have disabled them. You can change your cookie settings at any time but parts of our site will not function correctly without them. [Close]

After just over two years of operation during which time it has counted upon the pay-TV giant as a key customer, video compression firm V-Nova is now the beneficiary of a minority equity stake from Sky. 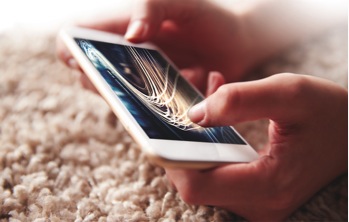 Sky now joins other leading companies such as Eutelsat as an investor in the London-based video firm. The £4.5 million investment is being made by Sky Italia with whom V-Nova began working in 2015, and has used its solutions for contribution and IPTV applications. V-Nova believes that its relationship with Sky will enable the pay-TV provider it to understand more about the compression technology and its potential relevance and application in the future.

In April 2017 V-Nova unveiled version two of its flagship Perseus video processing technology, designed to address current video delivery challenges and attempt to close the gap between consumer expectations for video services and networks capacity constraints. It is said to fundamentally expand the codec’s capability to enhance performance, simplify deployment into real-world environments and reduce operating costs through improved efficiency. This launch came on the heels of a strategic purchase by V-Nova itself in the form of buying the full global patent portfolio of video imaging experts Faroudja Enterprises. The purchase marked V-Nova’s first acquisition and the Faroudja technology will see use in improving the flagship Perseus, integrated without requiring modifications to the standard codec.