Megacable extends Xview in Mexico | OTT | News | Rapid TV News
By continuing to use this site you consent to the use of cookies on your device as described in our privacy policy unless you have disabled them. You can change your cookie settings at any time but parts of our site will not function correctly without them. [Close] 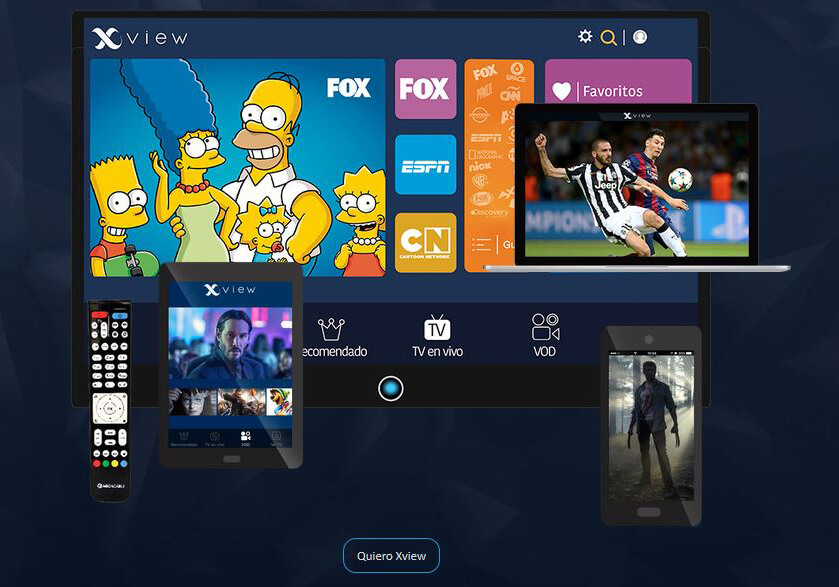 The platform, which was tested out last year, will now include a video-on-demand (VOD) service along with up to 100 live linear TV feeds.

Despite rumours that Megacable was planning to launch a standalone over-the-top (OTT) service to compete with Televisa’s blim and Netflix, Xview will only be available for Megacable subscribers as an add-on to their pay-TV packages and not as an independent service.

The platform has been relaunched with a suite of mobile apps for iOS and Android, as well as a Web-based service. Xview will enable subscribers to use two devices simultaneously, however two extra feeds can also be purchased.

Megacable has started offering the TV everywhere service in Guadalajara, Puebla, Veracruz, Hermosillo, and also plans to expand its availability across Mexico. The player, which has nearly three million subs according to the latest figures, doesn’t currently operate in Mexico City.

The TV everywhere operation is the spearhead of Megacable’s growth strategy, which will see an investment of over $260 million before the end of the year. According to newspaper Milenio, the money will be spent on updating and optimising networks and platforms.
Tweet