LATAM pay-TV to add 15 million subs by 2022 | Media Investment | Business | News | Rapid TV News
By continuing to use this site you consent to the use of cookies on your device as described in our privacy policy unless you have disabled them. You can change your cookie settings at any time but parts of our site will not function correctly without them. [Close] 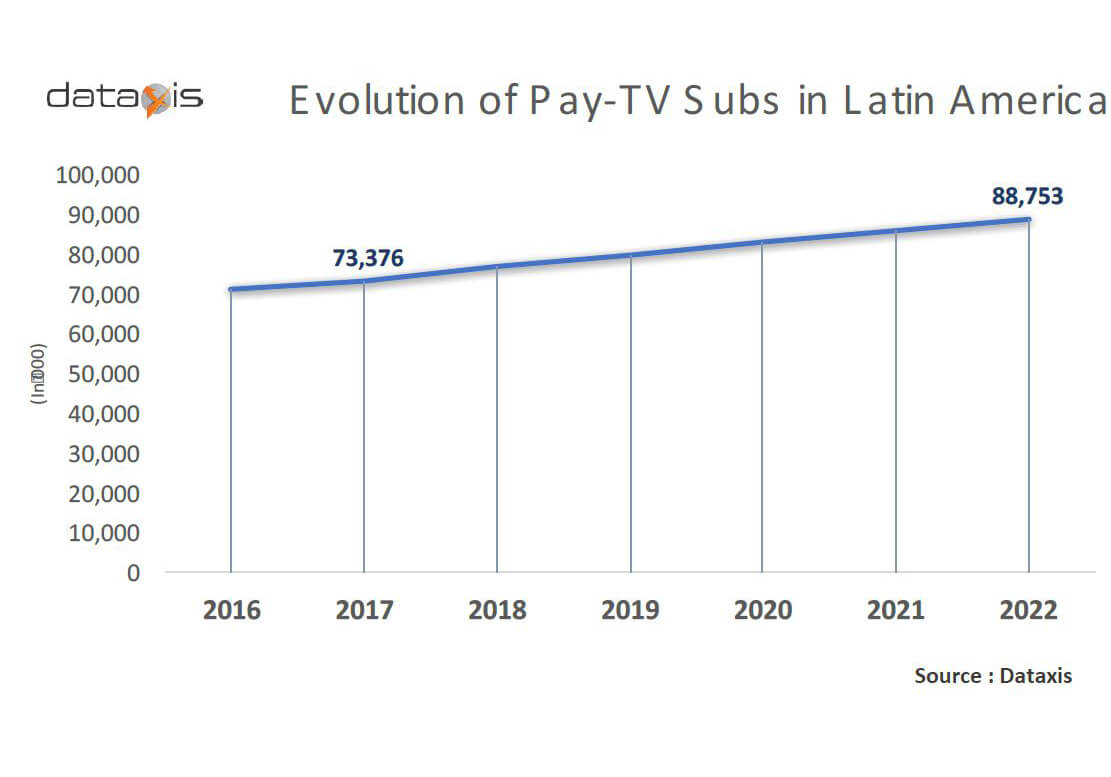 “The market in Latin America still shows room for further growth, but expectations for the medium term are moderate,” says the report. “The region will account for 88.7 million subscribers in 2022.”

The negative evolution of Brazil and the high barriers to entrance across the region are cited as the main reasons hindering stronger growth in the pay-TV market.

“Brazil used to be the largest market and the main source of growth. However, since the end of 2014, its evolution has been frozen. Secondly, in the larger markets, the challenge is to reduce the barrier of entry to reach new level of penetration,” added the report, which also highlighted a 41% average pay-TV penetration rate across the region.

Mexico, which became LATAM’s largest market in terms of subscribers last summer, will maintain its position until 2022, followed by Brazil and Argentina, says Dataxis. In terms of penetration, Argentina tops the regional ranking, followed by Mexico and Chile.