LATAM pay-TV ARPU half that of the US | Media Analysis | Business | News | Rapid TV News
By continuing to use this site you consent to the use of cookies on your device as described in our privacy policy unless you have disabled them. You can change your cookie settings at any time but parts of our site will not function correctly without them. [Close]

LATAM pay-TV ARPU half that of the US

Average revenue per pay-TV user varies from the $26 per month in Mexico to $95 in the US, reveals a report by OTI Telecom. 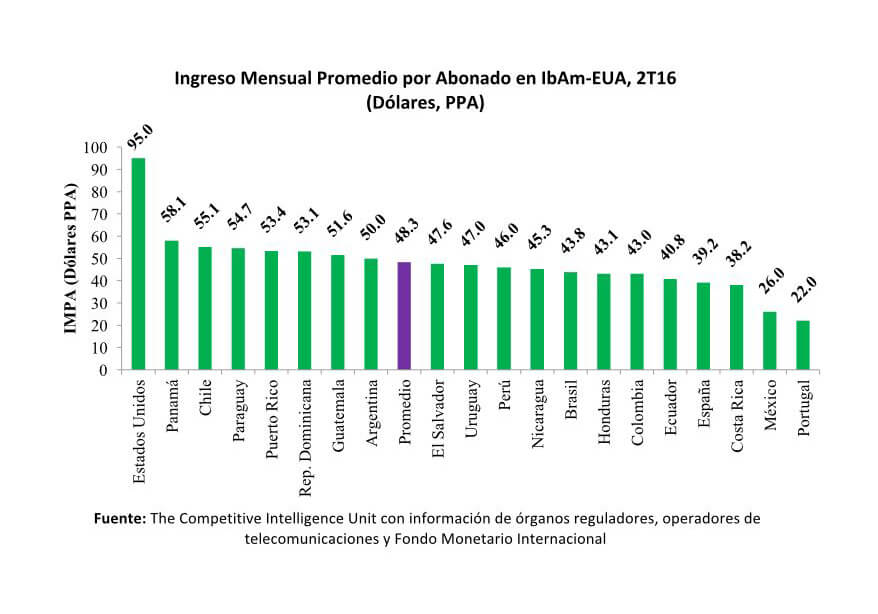 However, when analysing the share of household income necessary to pay for a TV subscription in each country, the figures vary from an average 10.3% in Bolivia to 2% in the US.

The monthly ARPU registered by OTI Telecom across Latin America, the US, Spain and Portugal (defined as IbAm-EUA region), is $48.3. This figure has been expressed under the purchasing power parity (PPP) theory to reduce differences caused by currency fluctuations.

The highest ARPU reported by OTI Telecom is registered in the US. However, when looking at affordability, the North American country is among the most convenient territories in which to subscribe to pay-TV.

The monthly $95 invoiced through each US subscriber “represents only 2% of the average income of US families. On the other hand, Central American countries pay less for the services, but allocate a larger share of their incomes to subscribe to pay-TV,” stated the report.

According to OTI Telecom, affordability is what matters when trying to explain pay-TV penetration in the region. In fact, Portugal, Mexico and the US, the three reported countries with highest service penetration, also have the most affordable pay-TV offerings.