Video to account for more than four-fifths of MEA Internet traffic by 2021 | OTT | News | Rapid TV News
By continuing to use this site you consent to the use of cookies on your device as described in our privacy policy unless you have disabled them. You can change your cookie settings at any time but parts of our site will not function correctly without them. [Close]

Video will account for 81% of all Internet traffic in the Middle East and Africa (MEA) by 2021, according to Cisco’s latest forecast. 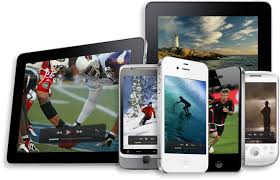 Internet video made up 62% of traffic in MEA in 2016, however just 21% of the total population in the Middle East and Africa used the Internet last year. By 2021, Internet usage will rise, but only to 28% of the population, Cisco predicts in its 12th annual Visual Networking Index (VNI) forecast.

Worldwide, the number of Internet users will grow from 3.3 billion in 2016 to 4.6 billion in 2021, representing 58% of the total global population.

Broadband speeds will increase to an average of 17.1Mbps in MEA, up from 7.8Mbp last year. This is still well short of global averages, which last year hit 27.5Mbps and are forecast by Cisco to reach 53Mbps in the next four years.