History Japan appoints new general manager | Pay-TV | News | Rapid TV News
By continuing to use this site you consent to the use of cookies on your device as described in our privacy policy unless you have disabled them. You can change your cookie settings at any time but parts of our site will not function correctly without them. [Close]

A+E Networks has appointed John Flanagan as its new general manager for The History Channel Japan Corp (THCJ), a joint venture between A+E Networks and Super-Network. 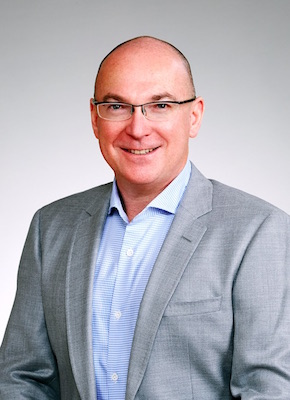 In a move described as underscoring its aggressive growth plans in Japan, A+E Networks increased its stake in the 15-year joint venture with Super Network from 50% to 80% in July 2016. A+E Networks expressed confidence that Flanagan’s appointment will further bolster its strategy in the market.

Based in Tokyo, Flanagan will be responsible for all business operations including revenues, channel programming, production, marketing, financial reporting and new business development. He is tasked with driving THCJ’s growth in the linear and digital space, working with A+E Network’s partners, distribution platforms and advertising clients. He will work closely with A+E’s management team in Asia to scale the presence of A+E brands in Japan and the region.

Flanagan comes to THCJ from Blackhawk Network Japan & Korea, where he served as president and representative director, responsible for expanding the company’s footprint and sales at top retailers in the region. Prior to Blackhawk, he held senior management positions in marketing at Amazon, Dyson and Apple in Japan.

“John Flanagan is a talented executive whose decades of experience in cable TV, digital media and the retail marketplace are perfectly suited to maximising THCJ’s growth as we continue grow our footprint throughout the region” said Edward Sabin, executive managing director, international, A+E Networks.

“We are thrilled to welcome Flanagan as our new GM and look forward to building on the success and momentum our channel has achieved over the past four years under the sage guidance of our current GM, Asia Ireton,” said Super Network president Akira Miyauchi. “I am extremely grateful for her remarkable service and the success she has brought to the channel.”
Tweet