Online video boosts mobile data consumption in Mexico | Mobile | News | Rapid TV News
By continuing to use this site you consent to the use of cookies on your device as described in our privacy policy unless you have disabled them. You can change your cookie settings at any time but parts of our site will not function correctly without them. [Close]

Average mobile data consumption has doubled in Mexico over the past two years, driven by online video viewing, according to The Competitive Intelligence Unit (CIU). 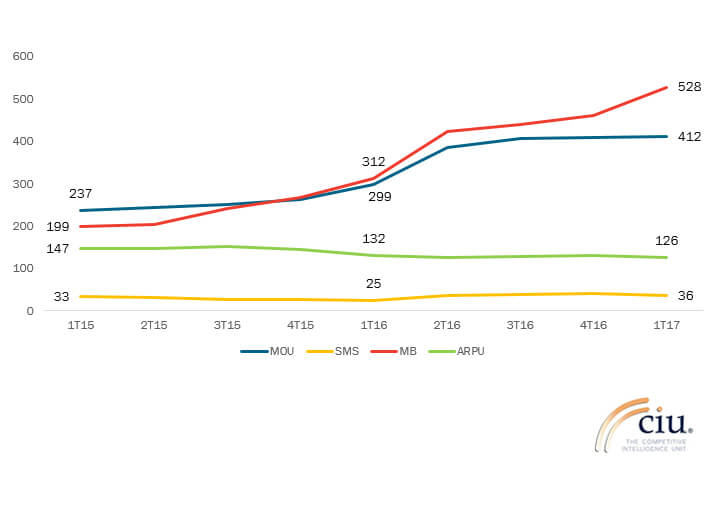 With 112.4 million active lines – over 80% of which are pre-paid – Mexico’s mobile market has also experienced a continuing fall in prices, which has boosted consumption while average revenue per user (ARPU) remains nearly flat.

“Mexicans are increasingly demanding social media and instant messaging services, and mobile video consumption is growing. All three factors have driven mobile operators to focus on increasing capacity over their networks in order to provide users with more data and greater speed,” said analysts Radames Camargo and Fernando Esquivel, of The CIU.

In addition to data, SMS and voice services are also growing, though at a slower pace. And while service demand and consumption increases, competition and more affordable options are reducing profit margins for operators.

Following the report, ARPU was at $6.9 per month, 4.3% lower than the revenue reported in Q1 2016. Looking at the figures, ARPU has remained almost unchanged over the past two years.

“In this scenario, mobile service consumers are experiencing an improvement, as they’re getting more services for a lower price,” added the CIU. “This can also be seen as a pay-back after years of excessive market concentration and operator difficulties in reducing prices.”