Amazon Studios reflects past, present and future | OTT | News | Rapid TV News
By continuing to use this site you consent to the use of cookies on your device as described in our privacy policy unless you have disabled them. You can change your cookie settings at any time but parts of our site will not function correctly without them. [Close]

Ant Farm and its theatrical division, Industry Creative, have unveiled the logo for Amazon Studios. 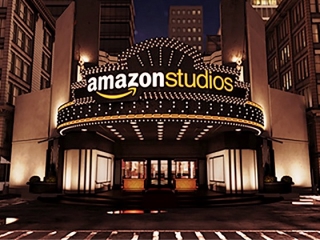 Antenna Creative, a design boutique and an Ant Farm company, designed a logo that started where Amazon began: A book. As viewers watch the book open, tens of thousands of individually animated pieces begin building a city before the audience’s eyes. City streets roll out like carpet, and buildings assemble like a pop-up book. The camera descends down into the city that has now gone from miniature to full size. The animation ends on the last building, which assembles into a film theatre.

“Designing the logo for such an important brand as Amazon Studios was an incredibly exciting opportunity for Ant Farm, as we are uniquely positioned to take on such large scale projects,” said Ant Farm Industry Creative CEO and executive creative director Doug Brandt.

Ant Farm and Industry Creative understood that this logo would be the audience’s first introduction to the world of Amazon Studios and, accordingly, wanted to emphasise and capture the company, visually showing viewers not only where Amazon was headed, but where it had been.

“So much detail went into the decision-making process for almost every aspect of this logo,” said Antenna’s creative director, Lucas Christman. “For example, for the cover of the book, we experimented with, easily, 20 different types of leather and materials. We also heavily explored a wide variety of architecture, and designed at least 20 unique theatres, before ending up with our ‘hero theatre'. Even the surface on which the book lies was explored to great detail. There are thousands of keyframes. The 3D elements alone took one full week to render.”