Argentina negotiates for FTA football | Deals | News | Rapid TV News
By continuing to use this site you consent to the use of cookies on your device as described in our privacy policy unless you have disabled them. You can change your cookie settings at any time but parts of our site will not function correctly without them. [Close]

In a unique model for TV football rights, Argentina is set to subsidise pay-TV operators to air its national football competition free-to-air for a limited time. 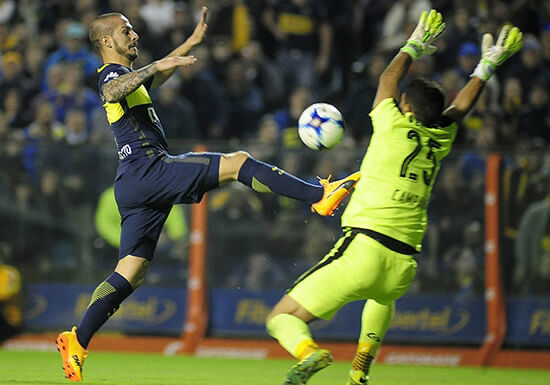 According to the national newspaper La Nación, FOX and Turner, who won the competition’s TV rights following a long bidding process, will get paid by the Government so that the football package is available for free during the first three months of the new season, kicking off 20 August.

The Government has already gained agreement from Fox and Turner, as well Cablevisión, DirecTV and Telecentro, to deliver free access to all matches until 20 November.

La Nación says that following this initial period the football channels will become part of a premium package that will cost around $18 per month.

During the past eight years, the Argentinean football broadcasting has been supported by the State through the Fútbol Para Todos programme. Even though Prime Minister Macri promised to maintain public funding, last year the Government decided to sell the rights to private operators.

After a bidding process that took over six months, the joint venture formed by FOX and Turner acquired the TV rights for the next five seasons in exchange for over $1.1 billion. Mediapro and ESPN were also interested in acquiring the rights.