Spain becomes Euro telcos’ eSports playground | Programming | News | Rapid TV News
By continuing to use this site you consent to the use of cookies on your device as described in our privacy policy unless you have disabled them. You can change your cookie settings at any time but parts of our site will not function correctly without them. [Close]

Vodafone, Telefonica and Orange are investing in building up the eSports industry across Europe and particularly in Spain. 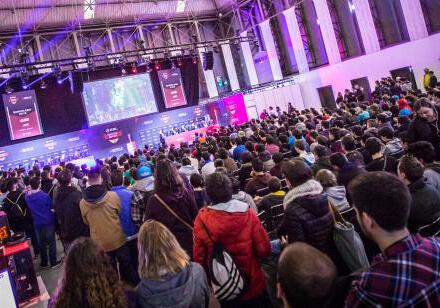 By creating and supporting teams, TV channels or leagues, the three telcos are aiming to capitalise a global market of $500 million in revenues in 2016, pointed out an analysis published by Reuters.

“Spain is a leading market in Europe, offering more of the fast fibre optic connections which video gamers and spectators demand than Britain, Germany and France combined as well as easy access to millions of players in Latin America,” it said.

Even though numbers are still far from audience ratings delivered by big sports events, the Orange-sponsored and Mediapro-managed Liga de Videojuegos Profesionales totals 60,000 daily viewers, being the world's third-biggest eSports competition and the first in Europe.

In April 2016, Vodafone was the first telco to seriously bet on eSports by producing a TV show that aired on Viacom’s MTV.

A year later, not only do the three telcos support live video programming and eSports competition, but Telefónica has even launched a 24/7 eSports pay-TV network.

“Yet, for many investors, eSports remains a wild west where different publishers, several event organisers, various platforms and dozens of different teams and leagues compete with almost no rules,” concludes the report. “This fragmentation signals the problems ahead for telecom providers in persuading gamers to part with their money.”