Digital ad spend to eclipse TV this year | Media Analysis | Business | News | Rapid TV News
By continuing to use this site you consent to the use of cookies on your device as described in our privacy policy unless you have disabled them. You can change your cookie settings at any time but parts of our site will not function correctly without them. [Close]

There has been speculation for several quarters that internet ad spending in the US will eclipse that of TV; but it has seemed a long time coming. 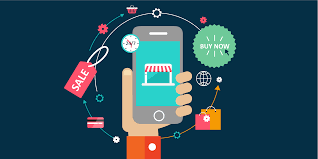 However, new analysis from Kleiner Perkins postulates that this will be the year for new media to leave the lions of the past behind, with the much-anticipated tipping point coming in the next six months.

While measurement companies scramble to figure out cross-platform strategies, the total global ad spend for both segments was around $180 billion last year, with digital accounting for about $73 billion of it. Out of digital, about $43 billion came from mobile.

Google and Facebook are the top dogs, accounting for 85% of all growth in the US. Both saw immense growth as well: Google saw 20% growth over 2015 revenue, and the social network grew by 62%.

The report, authored by Mary Meeker, meanwhile found that mobile advertising showed a 22% growth rate last year. However, desktop advertising stayed fairly consistent; for the past six years it has fluctuated between $30 million and $38 million.

Some warn against seeing any of these segments as cannibalising another.

“It’s as much a reflection of overall growth of the digital pie as it is that TV buyers are finally shifting more meaningful spend into digital,” said YuMe chief revenue officer Michael Hudes, via email. “But comparing the two as if they are opposition is a mistake. NBCU prior to the upfronts announced that it was allocating $1 billion of inventory for targeted TV. Their definition of targeted TV extends across their broadcast and cable networks as well as their digital properties. The future of video is connected. It is not an either/or scenario – it's much more blended and nuanced.”

He added: “NBCU’s holistic perspective that incorporates traditional TV inventory with its digital assets is the future. The vanguard is not buying into a specific channel – or deciding between a mix of TV and digital.”