Star launches India’s first Tamil sports channel | Programming | News | Rapid TV News
By continuing to use this site you consent to the use of cookies on your device as described in our privacy policy unless you have disabled them. You can change your cookie settings at any time but parts of our site will not function correctly without them. [Close] 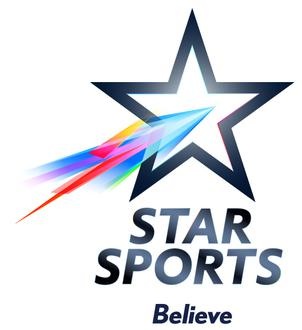 A marketing campaign, #MachiAreYouReady (Buddy, are you ready), has commenced to coincide with the channel’s launch. Mahendra Singh Dhoni, who for eight years played with the state’s IPL franchise Chennai Super Kings, will feature prominently in the campaign.

“Tamil Nadu is a unique market with high affinity to language content and very distinctive viewing habits. Star India’s strong presence in the state has helped us understand the pulse of the Tamil sports fans. Star Sports Tamil is an extension of our belief to give people more relevant regional sports content and celebrate the Tamizh culture. This is another resolute step in our constant endeavour to bring fans closer to sports,” the broadcaster said in a statement.

Star Sports Tamil – which is available direct-to-home or on cable services across Tamil Nadu and the rest of India – will include Tamilian hosts and commentators such as K Srikkanth, L Sivaramakrishnan, S Badrinath, S Sriram, S Ramesh, and H Badani.

This is the first Tamil sports channel with dedicated programming, although rival broadcaster Sony Pictures Network (SPN) provides its channel Sony Kix in India with a Tamil audio feed.