Cablevisión expands Argentinean HD, VOD line-up | IPTV | News | Rapid TV News
By continuing to use this site you consent to the use of cookies on your device as described in our privacy policy unless you have disabled them. You can change your cookie settings at any time but parts of our site will not function correctly without them. [Close]

Cablevisión has added four linear networks to its pay-TV platform, as well as several Oscar-winning movies to its video-on-demand (VOD) bouquet , Flow 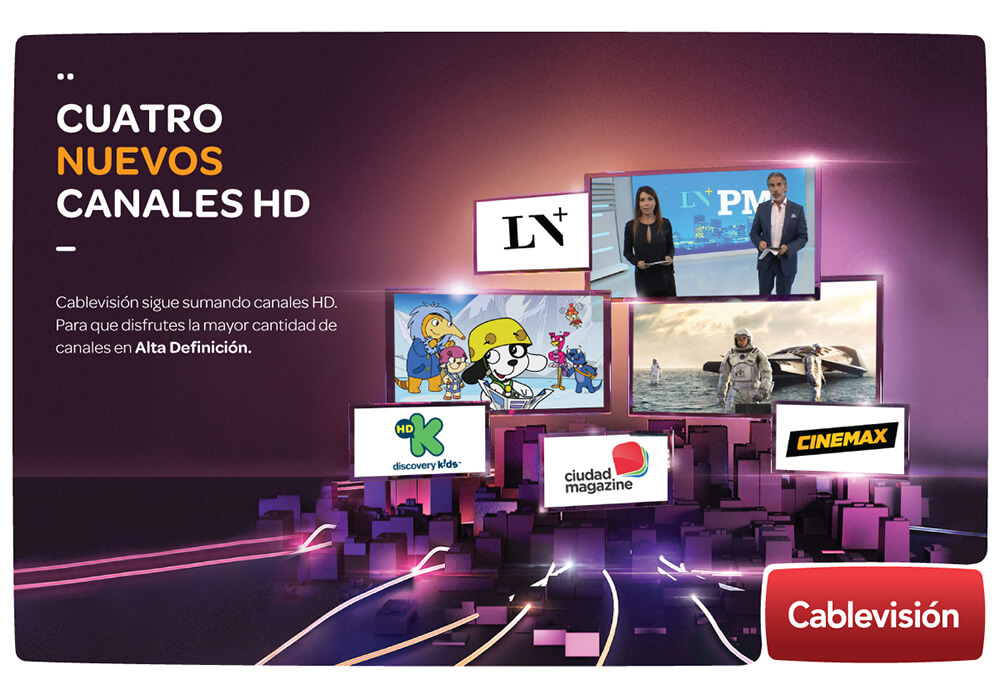 The Grupo Clarín company, which operates both in Argentina and Uruguay, has expanded its IPTV HD linear offering with Discovery Kids, HBO’s Cinemax, and national signals Magazine and LN+, the recently-launched TV venture of newspaper La Nación.

The Academy Award-winning films available will include Fences, Arrival, Moonlight, La la Land, and Fantastic beast and will be accessible for mobile and connected devices.

Aiming to improve content discovery, Cablevisión has also announced two new packages of series on the VOD platform, though these will only be available in Argentina. The 50 series Imperdibles package will include 50 must-watch series, while La conquista Española will offer the best titles produced in Spain.

Flow is the company’s first operation beyond traditional cable TV, and includes over-the-top (OTT) on-the-go access to Cablevisión’s own platform as well as third-party services.
Tweet