4K, VR added as BT repeats Champions League, Europa League final offer | Pay-TV | News | Rapid TV News
By continuing to use this site you consent to the use of cookies on your device as described in our privacy policy unless you have disabled them. You can change your cookie settings at any time but parts of our site will not function correctly without them. [Close]

Following on from a similar packaging last year, BT is to make the UEFA Champions League and Europa League finals available for free to as many people as possible, on YouTube, the BT website, BT Sport channels and its app. 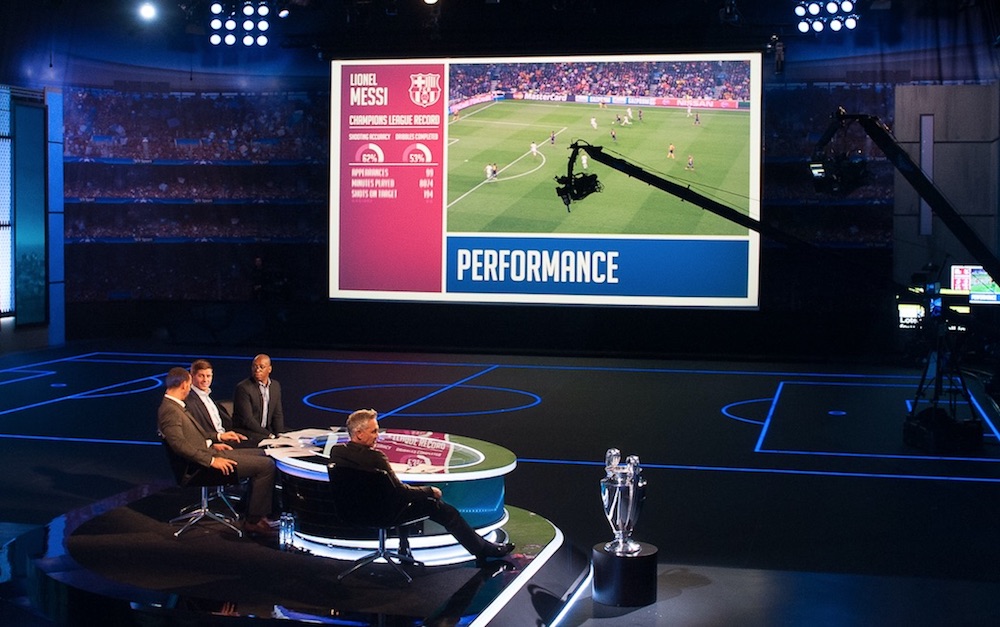 The UK pay-TV provider says the move underlines it commitment to make televised football more accessible to fans, but more sceptical voices believe that the move is designed to buttress what they say have been to date underperforming viewing figures.

For the first time, the Champions League final will be available on the BT platform in 4K/Ultra HD on YouTube as well as in UHD with Dolby Atmos sound on its core BT TV IPTV offer. In another first, the Champions League final will also be available through a number of 360° streams on YouTube and the new BT Sport Virtual Reality App, allowing viewers to choose between a 360°-produced programme with commentary and graphics, or select their own camera viewpoint.

The finals will kick off this year on 24 May with Manchester United hoping to find some solace after a hugely disappointing league season by beating an exciting Ajax in the Europa League final, while two weeks later Cardiff’s National Stadium of Wales will host the clash between heavyweights Real Madrid and Juventus.

“Making the UEFA Champions League and UEFA Europa League available for free to everyone in the UK shows that BT really is serious about making sport much more accessible to the public,” said John Petter, CEO BT Consumer. “These are two of the biggest club football tournaments in the world and showing them live on social media and on mobile devices makes it more readily available to a younger audience as well as available to traditional TV viewers. We believe that VR can offer our viewers an immersive second screen view which will enhance our coverage. We’re excited to be broadcasting what we believe to be the biggest multi-camera live 360° sporting event ever for the first time to our customers.”

YouTube’s senior director in EMEA, Stephen Nuttall, added: “Our users love football, so we're seriously excited to bring BT Sport’s ground-breaking coverage of these two massive games LIVE on YouTube, for a second year running. Fans today expect quality content on every screen and this partnership delivers just that. People can enjoy it wherever they are, on any screen and experience new ways of watching the beautiful game.”
Tweet