SPI/FILMBOX boosts UHD library with Big Media, Escapade Media | VOD | News | Rapid TV News
By continuing to use this site you consent to the use of cookies on your device as described in our privacy policy unless you have disabled them. You can change your cookie settings at any time but parts of our site will not function correctly without them. [Close]

Global TV operator SPI International/FILMBOX is continuing to motor on with its Ultra HD offer by acquiring ten episodes of the fifth season of the underwater adventure series Blue World and the lifestyle culinary series Barinia. 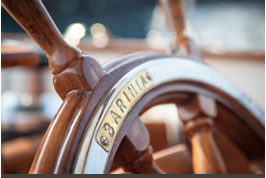 SPI also has worldwide rights to Barinia, a cultural adventure across Southern Europe and Eastern Turkey, celebrating the customs and traditions of these rarely seen destinations. The series presents tales from the classic yacht Barinia and its family – Patrick, Narelle and their dog Shadow. This is said to be ‘a love affair with a way of life’ that highlights the local dwellers of these seaside communities. In the face of modernity and rapid change.

“We are thrilled to enhance the programming on FUNBOX UHD channel with the Blue World series from Big Media Holdings and Barinia series from Escapade Media,” said SPI/Filmbox executive director Berk Uziyel. “This highly entertaining content will make watching our channel an unforgettable experience for the premium viewer who appreciates quality programmes.”

The channels will which will air on FUNBOX UHD, SPI’s Ultra HD channel and an online streaming app.
Tweet