Showtime’s Madonna documentary goes global | Deals | News | Rapid TV News
By continuing to use this site you consent to the use of cookies on your device as described in our privacy policy unless you have disabled them. You can change your cookie settings at any time but parts of our site will not function correctly without them. [Close] 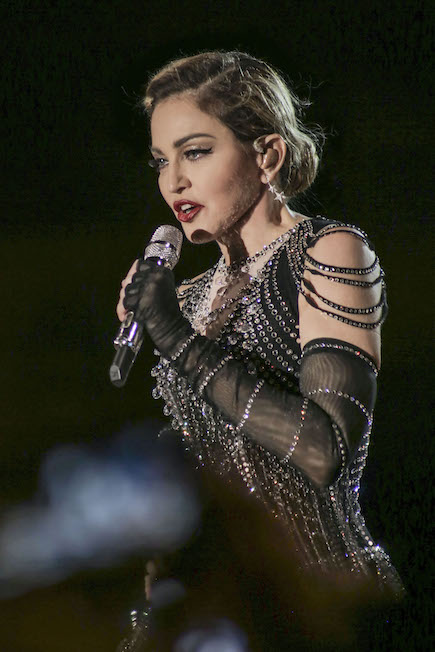 Shot around the world and featuring a collection of live and behind-the-scenes footage culminating in performances at the Sydney Olympic Park, the show includes new hits and the beloved classic songs.

“Madonna has remained the reigning Queen of Pop by being relevant, controversial and an influential voice in pop music,” said founder Alfred Haber. “This seven-time GRAMMY Award winner is one of the most exciting artists to have ever performed on stage, and we are extremely proud to be offering this special to broadcasters around the world.”

The set list spans all decades of the iconic superstar's career, including songs from Rebel Heart (the No 1 dance hits Living for Love and Bitch I'm Madonna) to classic fan favourites like Material Girl, Holiday and a Dress You Up medley that includes Get into The Groove, Everybody and Lucky Star. Memorable highlights from the tour include her first-ever live concert performance of Take a Bow, as well as acoustic versions of Like A Prayer, Secret and Don't Tell Me.