Viacom18 promotes Raj Nayak to COO in widespread restructure | Broadcast | News | Rapid TV News
By continuing to use this site you consent to the use of cookies on your device as described in our privacy policy unless you have disabled them. You can change your cookie settings at any time but parts of our site will not function correctly without them. [Close]

Indian media and entertainment company Viacom18 is elevating Raj Nayk to the role of chief operating officer as part of an organisational restructure. 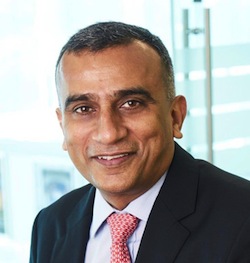 The move will consolidate the company’s national Hindi, youth, music and English entertainment offerings under the leadership of Raj Nayk.

Anuj Poddar has been promoted from his current role at Colors Marathi and Colors Gujarati to lead the rural expansion as head of rural business, including Rishtey Cineplex. Meanwhile, Saugato Bhowmik, as head of consumer products & integrated network solutions, will continue to drive Viacom18’s efforts towards building home-grown experiential IPs.

The joint venture between India’s Network18 and Viacom of the US says as it enters its tenth year of operations, it plans to enhance its home-grown children’s content for Nickelodeon, with more live events under the leadership of Nina Elavia Jaipuria, head - Kids Cluster, Viacom18.

“Today, Viacom18 has five diverse lines of business - in addition to a core broadcast offering it now has a strong presence in digital, filmed and live entertainment along with a fast-growing licensing and merchandising operation. None of this would have been possible without our most valuable asset – our team.

“Our endeavour has always been to build a future ready organisation with distinct capabilities and a distinctive culture with an emphasis on developing internal talent. This new structure will power us as we enter our next growth phase,” Vats added.

The new leadership structure will be operational with immediate effect.