SPT’s ONE lines up K-drama My Sassy Girl | Programming | News | Rapid TV News
By continuing to use this site you consent to the use of cookies on your device as described in our privacy policy unless you have disabled them. You can change your cookie settings at any time but parts of our site will not function correctly without them. [Close]

SPT’s ONE lines up K-drama My Sassy Girl

New K-drama My Sassy Girl is set to debut on Sony Pictures Television’s channel ONE in Southeast Asia, at the same time the series first airs in Korea. 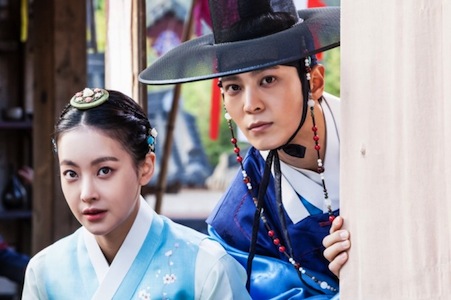 Staring Joo Won (The Gang Doctor) and Oh Yeon Seo (Please Come Back Mister) the 16-episode TV adaptation of the 2001 film of the same name features a light-hearted romance between the two leads set against the backdrop of political intrigue in the Joseon era – a twist on other remakes of the original movie. It is directed by Oh Jin Seok, who was also responsible for The Gang Doctor, which aired on ONE in 2015.

The drama will premiere on ONE on 29 May and air every Monday and Tuesday at 9pm Singapore time, with localised subtitles in English, Chinese and Bahasa Malaysia.

“The incredible success of Scarlet Heart in the region proves the existence of strong viewer demand for same-time-as-Korea offerings. As part of our commitment to provide a premium viewing experience for our audiences, we are thrilled to announce the simulcast of the next big drama series My Sassy Girl on ONE,” said Virginia Lim, senior vice president and head of content, production and marketing, Sony Pictures Television Networks, Asia.

“The 2001 movie was a box office hit and is loved by audiences around the world. Backed by its strong cast and experienced production team, we believe that viewers will be thoroughly entertained by this remake.”