Social video gains steam | Media Investment | Business | News | Rapid TV News
By continuing to use this site you consent to the use of cookies on your device as described in our privacy policy unless you have disabled them. You can change your cookie settings at any time but parts of our site will not function correctly without them. [Close]

Social video is becoming a premium channel to engender viewer engagement for TV; as evidenced by social-creation platform Wochit’s deal with global news agency AFP that brings together catalogues of media and video assets. 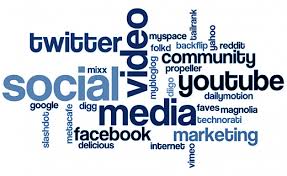 It’s the latest example of social TV integration that is changing the distribution game. The multi-year agreement gives publishers and media brands the opportunity to incorporate accurate, in-depth coverage of events and breaking news from AFP’s 2,300 journalists worldwide into videos created using the Wochit platform.

This additional content, available in Wochit in real-time, further supports publishers’ need to rapidly post timely video around trending topics to engage audiences. With Wochit’s social optimisation tools, the videos can be tailored easily to the format that will be most effective for each distribution point.

“This new partnership with Wochit… will empower media companies through the combination of AFP’s videos and the social video creation platform’s powerful tools,” said Stéphane Marcovitch, director of AFP Global Sales and Marketing. “With the wealth of high-quality video that can be easily packaged into engaging and compelling stories, we are helping fulfil the need to provide customised videos in real time.”

Wochit customers produce more than 30,000 videos every month for distribution across owned and operated websites as well as via mobile apps and social networks. On Facebook alone, socially-optimised videos created using Wochit and posted since 1 January 2017 have received more than 200 million views and 2 million shares.

“We are delighted to be partnering with AFP and to offer our publisher partners around the world the exceptional breadth and depth of journalistic coverage they offer,” stated Joachim Schmaltz, VP Global Content Partnerships of Wochit.

Media giants like Sky are getting the memo. The satellite behemoth recently bought content-production company Diagonal View. It said that the company’s technology would allow it to produce 10 or more social media video campaigns per month, each of which could generate $1.3 million. Using the acquired tech, Sky plans to showcase Sky Sports first, before using it more widely.