NTV MIR expands across Europe with Globecast | Satellite | News | Rapid TV News
By continuing to use this site you consent to the use of cookies on your device as described in our privacy policy unless you have disabled them. You can change your cookie settings at any time but parts of our site will not function correctly without them. [Close]

NTV Broadcasting Company has selected media global solutions provider Globecast to manage the broadcast of the international version of its core channel to cable and DTH homes across Europe. 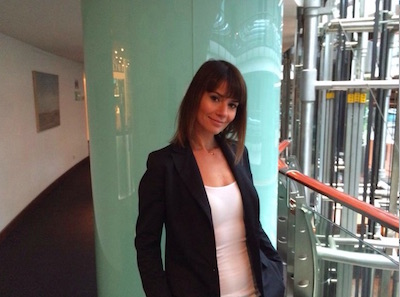 Broadcasting in MPEG-2 SD, the NTV MIR TV channel offers a mix of news and documentaries, as well as entertainment content and sports. Globecast is providing fibre connectivity for NTV MIR TV via its backbone network for the channel to be delivered from Moscow to its Paris location, where the signals are then uplinked to Eutelsat’s HOTBIRD position at 13° East. NTV MIR TV will join a neighbourhood of 38 Russian-speaking channels, of which 28 are available free-to-air. Globecast already broadcasts Channel One and RTR PLANETA (Group VGTRK) and broadcasts NTV MIR across Asia via AsiaSat 5.

Commented general director of Globecast in Moscow Biliana Pumpalovic (pictured): “We’re delighted that NTV Group has once again called on us to distribute its content, this time across Europe. Eutelsat’s HOTBIRD neighbourhood, with its strong Russian line-up, was the obvious choice for us and makes it easy for NTV MIR to increase its cable and DTH audience across a vast footprint. This deal also illustrates what Globecast does best, which is deliver content to a new audience cost-effectively.”
Tweet