Colombia revokes must-carry rules | Broadcast | News | Rapid TV News
By continuing to use this site you consent to the use of cookies on your device as described in our privacy policy unless you have disabled them. You can change your cookie settings at any time but parts of our site will not function correctly without them. [Close]

In a new turn of events in the longstanding fight between free-to-air (FTA) and pay-TV in Colombia, operators are now allowed to air RCN and Caracol for free. 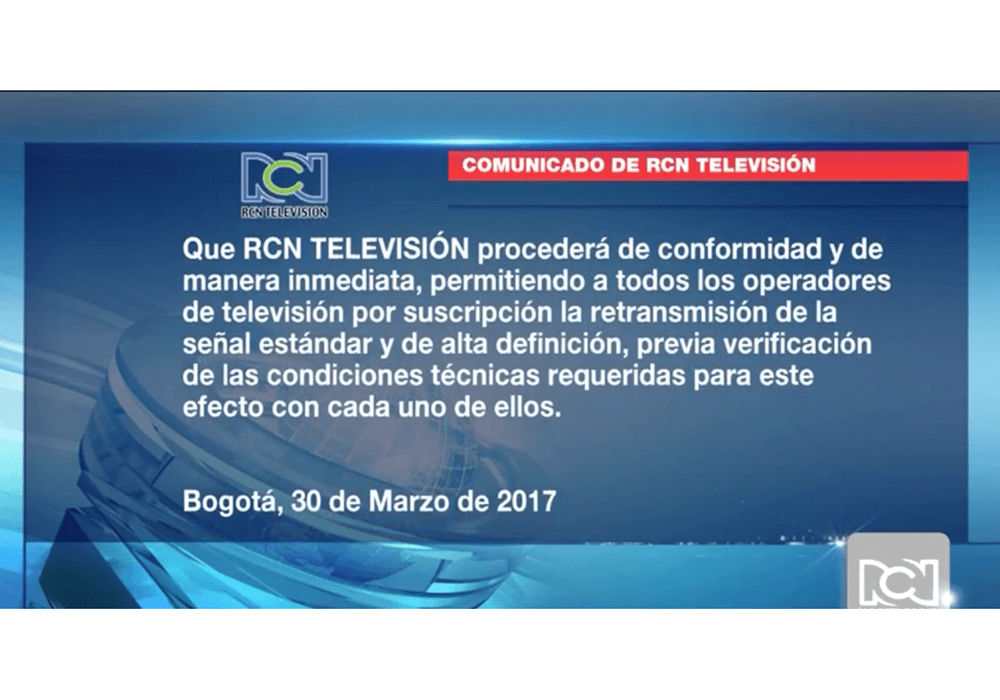 In September 2016, the country’s Superintedencia de Industria y Comercio (SIC) forced pay-TV operators to accept conditions for the distribution of HD FTA channels Caracol TV and RCN, meaning a fee had to be paid.

Bogota’s supreme court has now revoked the SIC’s must-carry decision, enabling pay-TV platforms to air both of the HD networks without paying a fee and without even requiring permission, just as happens with the SD feeds.

The FTA networks immediately announced their intention to with comply with the court’s decision, even though they don’t agree with it.

“RCN Televisión will immediately allow pay-TV operators to broadcast SD and HD signals,” said the channel in a statement. “The company has decided to extend its channel delivery to every pay-TV operator in the country,” added Caracol Televisión.

This probably won’t be the last move in the conflict, which has remained unresolved for the last three years.