Viacom brings Lip Sync Battle to Thailand, Russia | Programming | News | Rapid TV News
By continuing to use this site you consent to the use of cookies on your device as described in our privacy policy unless you have disabled them. You can change your cookie settings at any time but parts of our site will not function correctly without them. [Close] 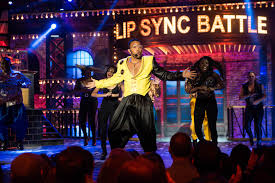 VIMN has confirmed a production deal for the series with GroupM Entertainment in Thailand; this deal is VIMN’s first format license in Thailand and the fifth adaptation of Lip Sync Battle in Asia, joining China, Indonesia, Vietnam and Philippines. In addition, GMA Network has confirmed its third season renewal on Channel 7 in the Philippines, while Dong Tay will produce a second season for HTV7 in Vietnam, which will premiere in the third quarter of 2017.

A second deal has been signed with Russia’s national broadcaster, Channel One, which has an audience reach of 140 million. The eight-part series, which is currently in production, is the first Viacom format to be locally produced for the channel. The series will debut on Channel One later this year.

The latest deals bring the total number of local adaptations to 20.

“Music is the universal language understood in every country and we’re thrilled to know that Lip Sync Battle resonates throughout the world,” said Casey Patterson, executive producer, Lip Sync Battle. “We
welcome the new formats to the Lip Sync Battle family.”

The original US series is hosted by two-time Grammy award winner LL Cool J, co-host Chrissy Teigen and has featured an array of A-list musical combatants.