Comcast lays groundwork for skinny TV service | Major Businesses | Business | News | Rapid TV News
By continuing to use this site you consent to the use of cookies on your device as described in our privacy policy unless you have disabled them. You can change your cookie settings at any time but parts of our site will not function correctly without them. [Close]

As its rivals are steaming into streaming, Comcast is said to be prepping a potential over-the-top (OTT) service of its own. 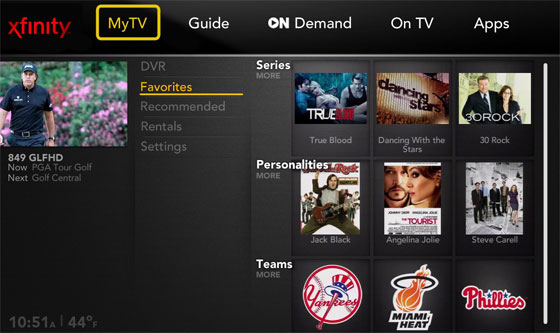 People familiar with the situation have told the Bloomberg news agency that the cable giant — the largest in the US — is looking to have the service ready in its back pocket as a competitive answer to cord-cutting as well as a way to offer service out-of-market, just as AT&T has done with DirecTV Now.

The sources said that Comcast will be taking advantage of “most favoured” clauses in contracts with programmers, which gives it digital rights to content. In other cases, including with ESPN and CBS, new streaming rights will need to be negotiated. That said, there are no concrete plans for a commercial rollout according to one source — for now, the MSO is still focused on increasing market share for its DOCSIS-based Xfinity home services.

Matt Strauss, Comcast’s executive vice president for video services, said as much at a conference in November, cited by Bloomberg: “When you really try to evaluate the business model, we have not seen one that really gives us confidence that this is a real priority for us,” he said. “There is significantly more upside and profitability in going deeper and deeper into our base first versus following a video-only offering OTT.”

Comcast has added a competitive chip on the OTT front already by embedding Netflix within the Xfinity X1 interface, and by offering a TV app for Roku devices. But if the skinny TV phenomenon grows — DirecTV Now added an impressive 200,000 subscribers in the fourth quarter — its hand may be forced. These packages offer live TV channels and video-on-demand in a streaming format, usually for under $40 for 60 or so channels. It’s an appealing model for the cost-conscious, millennials and those that want basic entertainment without all of the clutter of a typical 200+-channel cable tier. In addition to DirecTV Now, DISH has an offering (Sling TV), as does Sony with PlayStation Vue. And, both Hulu and YouTube will soon launch their own offerings.