US Hispanics interested in more Bollywood fare | Media Analysis | Business | News | Rapid TV News
By continuing to use this site you consent to the use of cookies on your device as described in our privacy policy unless you have disabled them. You can change your cookie settings at any time but parts of our site will not function correctly without them. [Close]

Latino audiences of all nationalities are interested in foreign-film productions, as local fare falls short, according to research from Zee Mundo. 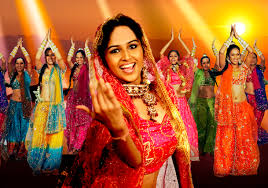 Zee Mundo, Bollywood's first Spanish-language film channel, found in a survey that the vast majority (70%) of the viewers surveyed regularly watch movies in Spanish or English; but one in three said they lacked options and variety. And about eight out of 10 were interested in having more films they can see as a family.

“This study corroborates what we have known for a long time, that despite the explosion of content and the many existing channels, the Spanish-speaking audience considers their entertainment options to be very limited, both in quantity and quality, and they value the production quality of new foreign films,” said Javier López Casella, GM for the US Hispanic and Latin American market at Zee Entertainment.

“There is a lot of interest among Latinos in foreign quality content, both entertaining and expanding cultural horizons," said Adriana Waterston, SVP, research and strategy, Horowitz Research, adding: "This study challenges the wrong perception that Latinos are only interested in ‘Hispanic’ content. Real interest in Bollywood content has been revealed, and to some extent Hispanics perceive a strong cultural affinity with Indian film characters and their stories."