Korean channel tvN Movies launches in Malaysia | Deals | News | Rapid TV News
By continuing to use this site you consent to the use of cookies on your device as described in our privacy policy unless you have disabled them. You can change your cookie settings at any time but parts of our site will not function correctly without them. [Close] 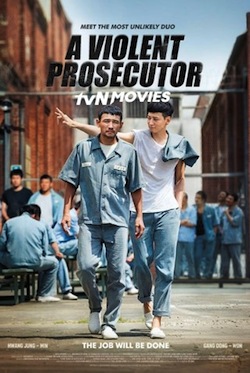 “By introducing tvN Movies, the world’s first and only Korean blockbuster channel, we hope to tap the enormous audience base with a diverse cultural background, delivering them an all-Korean movies home-cinema experience. We believe the collaboration between tvN Movies and HyppTV will be a fruitful one and will be the stepping stone for tvN Movies to break into the SEA markets,” said Samey Lee, CEO, CJ E&M HK.

South Korea’s Oscar contender for Best Foreign Language Film, the thriller The Age of Shadows, and box office hit The Master will also be shown on tVN Movies.

Over 20 first-run Korean movies will premier on tVN exclusively in Malaysia over the coming year, said CJ E&M. All will air with English, Simplified Chinese and Bahasa Malaysia subtitles.

The channel is expected to expand its reach further across Southeast Asia by the end of 2017.