Lifestyle programming ads score higher engagement | Ad Tech | News | Rapid TV News
By continuing to use this site you consent to the use of cookies on your device as described in our privacy policy unless you have disabled them. You can change your cookie settings at any time but parts of our site will not function correctly without them. [Close]

Advertisements seen in lifestyle television programming have potential to score significantly higher in generating viewer engagement than identical commercials appearing in television shows of other genres, such as reality, general entertainment, sports or news. 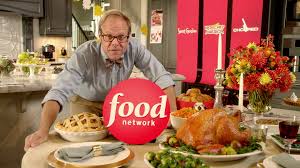 The Environment and Advertiser Impact Study, commissioned by Scripps Networks Interactive and conducted by Nielsen, found that commercials running in the lifestyle programming environment scored 22% higher among all viewers across the four pillars of advertising engagement: interest in products, attention to brands, intent to seek information and purchase intent.

Additionally, lifestyle programming had the largest impact on brand favourability across all eight advertising sectors measured. Viewers had a more favourable opinion of every brand advertised across the categories of auto, consumer packaged goods, food and home, home improvement, finance, restaurants, retail and travel.

In the biometric section of the study, conducted by Nielsen Consumer Neuroscience, non-conscious biometric engagement was measured to see how viewers emotionally responded to ads and programming in the lifestyle genre. Overall findings from the attitudinal research were confirmed by biometric response. It found that emotional engagement (percent of time spent highly engaged) was 94% greater for ads appearing in Scripps lifestyle shows overall. When compared with the other genres tested, ads in lifestyle programming outperformed ads in other genres by 52% vs. drama-style genres, such as reality and general entertainment; and by 161% vs. event-related genres, such as sports and news.

"We’ve always understood the importance ads play in the viewer experience, because we know how much the viewing environment matters,” said Chris Ryan, SVP, ad sales research and strategy for Scripps Networks Interactive. “If you only buy audience, you run the chance that your ads may air in a place where people don’t engage with the messaging. How people engage when they’re watching ads on our networks is the key to success – both ours and our advertisers’.”