E! Zone delivers US, K-Pop series on-demand in Singapore | VOD | News | Rapid TV News
By continuing to use this site you consent to the use of cookies on your device as described in our privacy policy unless you have disabled them. You can change your cookie settings at any time but parts of our site will not function correctly without them. [Close]

The E! Zone is set to bring US and K-pop entertainment on-demand to subscribers of the StarHub Go pay-TV service in Singapore, with some new programming offered on a same-day or premiere basis. 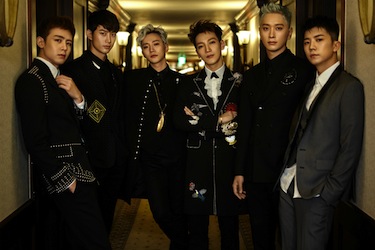 The branded SVOD service, which recently launched in Japan, will be rolled out across key markets in the Asia Pacific region, the broadcaster said.

Original Asian productions will be added throughout the year, alongside box sets of other E! series, such as workplace docu-drama So Cosmo and plastic surgery disaster series Botched, which will be offered exclusively in Singapore on E! Zone.

“E! Zone offers an exciting proposition for StarHub Go subscribers, who can look forward to exciting original Asian productions premiering first on the VOD service, as well as exclusive series that have never been aired on the E! linear channel,” said Justin Ang, head of product, StarHub.

E!Zone will be available to StarHub Go subscribers for SGD9.90 per month. The SVOD service can also be accessed by StarHub TV subscribers at no extra cost.

New episodes of the series are available on E! Zone each Wednesday throughout February and March, on the same time as the show is broadcast in Korea. Available with English, Chinese and Malay subtitles, 2PM Wild Beat also airs on E!’s linear feed every Thursday.

“E! Asia has commissioned local productions with stars from the Philippines, Malaysia and Singapore – among others – but this is an exciting first for the network to feature a series about Korean celebrities. It’s also an innovative first for E! Asia to launch the show on-demand before the linear channel,” said Scott Mackenzie, vice president, channels, Asia, NBCUniversal International Networks.
Tweet