Showtime to give Billions for free | Pay-TV | News | Rapid TV News
By continuing to use this site you consent to the use of cookies on your device as described in our privacy policy unless you have disabled them. You can change your cookie settings at any time but parts of our site will not function correctly without them. [Close]

Showtime to give Billions for free

Ahead of its linear TV debut on 19 February, American premium cable and satellite television network Showtime is giving US viewers the chance to sample for free the season two premiere of its drama series Billions. 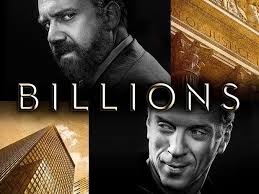 Season two of Billions picks up immediately after the season one finale, as US Attorney Chuck Rhoades, played by Paul Giamatti, battles billionaire hedge fund king Bobby Axelrod (Damian Lewis) in what is called ‘scorching the earth in a costly war for personal domination'. It also stars Toby Leonard Moore, David Costabile and Condola Rashad.

Starting immediately, consumers who do not subscribe to Showtime can now watch the premiere on YouTube and SHO.com. Immediately following the season premiere, Showtime will make the second Billions episode available early only to subscribers on Showtime Anytime, affiliate online platforms and via the Showtime standalone streaming service and streaming service providers, and at midnight on Showtime On Demand.

Consumers can also sample the premiere of Billions for free across multiple television and streaming providers’ devices, websites and applications and free on-demand channels.