Piracy could cost content owners $2.3TN by 2022 | Major Businesses | Business | News | Rapid TV News
By continuing to use this site you consent to the use of cookies on your device as described in our privacy policy unless you have disabled them. You can change your cookie settings at any time but parts of our site will not function correctly without them. [Close]

The global economic value of counterfeiting and video piracy could reach $2.3 trillion (€2.15tn) by 2022, new research has shown. 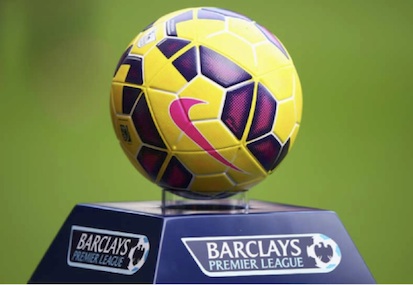 The report from Frontier Economics – dubbed Economic Impacts of Counterfeiting and Piracy – also provides estimates on the wider social and economic impact on displaced economic activity, investment, public fiscal losses and criminal enforcement, and concludes that these costs could reach an additional estimated $1.9 trillion by 2022.

Taken together, the negative impacts of counterfeiting and piracy are projected to drain $4.2 trillion from the global economy and put 5.4 million legitimate jobs at risk by 2022.

The underpinnings of the pirate economy are myriad. Typically, consumer pay-TV choice comes down to content, value and convenience when selecting a service. Pirates exploit those three needs by offering services and devices that rival their legal counterparts, but, without the costs of legally acquiring the rights and content, pirates are able to take valuable market share in the process with lower prices.

So perhaps it’s no wonder that content security specialist Irdeto recently found that there are more than 2.7 million advertisements on e-commerce websites, including Amazon, eBay and Alibaba for illicit streaming devices, indicating that content theft by pirates has become a fully-fledged business and a formidable competitor to established pay-TV operators.

According to Irdeto, it’s a true cross-channel effort, with advertisements found on social networks, including Facebook, Twitter and other prominent social media platforms. Pirates are becoming more business savvy and expanding their product marketing of illicit streaming devices. Citing data from SimilarWeb, the Irdeto report shows that the growth in global traffic resulted in more than 16.5 million visits per month to the top 100 pirate IPTV supplier websites. The US and UK led all countries with more than 3.7 million and one million site visits per month, respectively.

The report also shows that a typical pirate supplier offers an average of 174 channels, with some pirate suppliers offering more than 1,000 channels. This content comes in at an average subscription cost of $194.40 per year or a staggeringly low $16.20 per month - much lower than the average US cable cost of $103.10 per month. In some cases, despite the illegal nature of the offering, these low costs and the compelling content provided sway consumers to choose a pirate device over legal cable, satellite or OTT services.

The good guys are cracking down: Europol in late November, for instance, went after a host of online piracy and counterfeit sites, taking more than 4,500 domain names offline. Law enforcement authorities from 27 countries, anti-counterfeiting associations and brand owner representatives participated in this huge action, which was co-ordinated and facilitated by Europol’s Intellectual Property Crime Coordinated Coalition (IPC³), the US National Intellectual Property Rights Coordination Center and Interpol.

An investigator from Irdeto told the police that he went to the store posing as a customer; the employees showed him the decryption device, and the services available. The representative supplied as evidence the reception device and a premium subscription purchased for €450.

The investigation was initiated by the Premier League as part of a global crackdown on illegal online redistribution of its live broadcasts.

The situation affects bystanders too. For instance, in November, some bars in the UK were using imported, illegally installed decoders from Poland’s Canal+’s pay-television channel NC Plus. The types of decoders can be purchased for as little as $30, from hundreds of websites, mostly in China.

NC Plus typically shows Premier League matches in Poland on Saturday afternoons at 4pm local time; but, because of the piracy, the Premier League prohibited the channel from showing them going forward.