HBO Now passes 2MN subs as Time Warner posts strong fiscal year | Major Businesses | Business | News | Rapid TV News
By continuing to use this site you consent to the use of cookies on your device as described in our privacy policy unless you have disabled them. You can change your cookie settings at any time but parts of our site will not function correctly without them. [Close]

As the company turned in good results for the fourth quarter of 2016, Time Warner’s CEO Jeff Bewkes revealed that HBO Now has passed the two million subscriber mark — up from the 800,000 at the end of 2015. 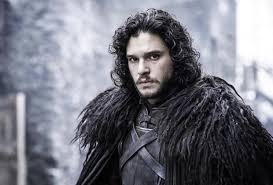 Overall for Q4 of the year ended 31 December 2016, Time Warner increased revenues 4% year-on-year to $29.3 billion, with subscription revenue up 12% to $5.9. Bewkes said that all operating divisions increased revenue and profits.

Warner Bros was once again the No 1 supplier of television shows for the broadcast networks, and had its second-best year ever at the global box office, nearing $5 billion in receipts with such hits as Batman v. Superman: Dawn of Justice, Suicide Squad and Fantastic Beasts and Where to Find Them.

Turner continued to strengthen its cable leadership, with TBS, TNT and Adult Swim all ranking among ad-supported cable’s top five networks in primetime among adults 18-49 for the year. TBS was the No 1 ad-supported entertainment cable network on the strength of sports and originals, including Full Frontal with Samantha Bee.

CNN meanwhile was the No 1 news network among adults 18-49 in primetime and the No 1 digital news destination in 2016.

As for HBO Now , Bewkes said: “We’re really pleased with the growth of HBO’s domestic OTT product, and we expanded HBO’s international OTT footprint with launches in Spain, Brazil and Argentina in 2016. The deal to be acquired by AT&T Inc, which we announced in October 2016, will accelerate our efforts to spur innovation in the media industry and further strengthen our businesses. We remain on track to close the transaction later this year.”

On the company’s earnings call, Time Warner CFO Howard Averill reiterated during his remarks that HBO “has seen a nice uptick in OTT subscriber growth recently”.