AREWA24 fires starting pistol on new sports division | Satellite | News | Rapid TV News
By continuing to use this site you consent to the use of cookies on your device as described in our privacy policy unless you have disabled them. You can change your cookie settings at any time but parts of our site will not function correctly without them. [Close] 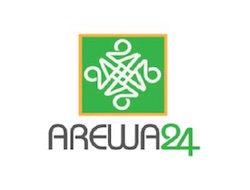 The broadcaster says the creation of its new channel is consistent with its dedication to bringing the best Nigerian entertainment and lifestyle programming content to its viewers. With its new division, AREWA24 will increase its production of original sports series and short-form interstitial content, and add several new titles to its slate of licensed, international programming to be dubbed into Hausa.
In addition to the production of new series and other content in Northern Nigeria, A24 Sports has also added three newly acquired international series to the broadcast schedule.

“Nigerians love their football and sports,” explained AREWA24 president Jacob Arback. “A24 Sports will offer a diverse array of new sports programming to complement its two current and popular sports shows, Take Leda and Football Review. The new slate of original programming will focus on Northern Nigerian teams, athletes and coaches and will bring our viewers behind the scenes with their favourite teams and athletes. While football and basketball will lead the way, A24 Sports will cover other popular sports and their star athletes as well as topics including athletic lifestyle, training and fitness, nutrition and building character in our youth – boys and girls – through participation in sports.”

AREWA24 is already available to over 80 million Hausa speakers in Nigeria and West Africa through its Eutelsat satellite free-to-air broadcast, and on the Multichoice pay platforms as well as GOtv.
Tweet