4KUNIVERSE plans Cirque Berzerk specials | 4K/UltraHD | News | Rapid TV News
By continuing to use this site you consent to the use of cookies on your device as described in our privacy policy unless you have disabled them. You can change your cookie settings at any time but parts of our site will not function correctly without them. [Close] 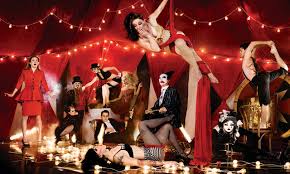 Conceived in the grey cement sprawl of industrial downtown Los Angeles and birthed in the dust and glitter of Burning Man, Cirque Berzerk has been described by the LA Times as “the sort of phantasmagoric spectacle Tim Burton would dream up, if he quit filmmaking to join the circus”. Cirque Berzerk’s first theatrical production, entitled Beneath, marries French burlesque, Sweeney Todd, Cirque du Soleil and PT Barnum.

The TV programme showcases these circus events, and incorporates make-up artistry, set design and aerobatics. It also shows circus participants, including exotic feathered bird girls, and glam rock-inspired looks from the theatrical and special event entertainment productions. The shows will be filmed with 4K HDR cameras and will be exclusively on 4KUNIVERSE’s linear and subscription-on-demand (SVOD) offering.

“With 4KUNIVERSE currently live on SES’s satellite covering North America, it is our focus to add the very best 4K content, empowering cable/telcos to satisfy their millions of customers who currently own a 4K TV set,” said 4KUNIVERSE founder and CEO, Matthew Mancinelli. “The Cirque Berzerk 4K specials add primetime programming that the whole family can enjoy.”
Tweet