Mexico’s TV Azteca eyes British production | Deals | News | Rapid TV News
By continuing to use this site you consent to the use of cookies on your device as described in our privacy policy unless you have disabled them. You can change your cookie settings at any time but parts of our site will not function correctly without them. [Close] 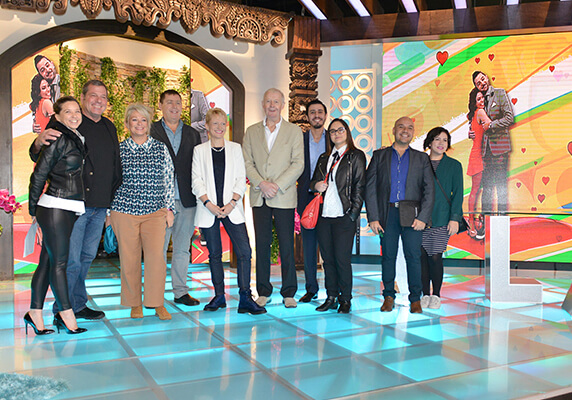 Through an event hosted by the international trade office of the British Embassy in Mexico, Benjamín Salinas, CEO of TV Azteca, and other executives met with representatives from BBC Worldwide, K7 Media, Small World IFT, Visible Ink, Mallinson Sadler Productions, Fremantle and the UK’s Producers Alliance for Cinema and Television.

The main goal of the meeting was to study possible content agreements for Mexico’s linear channels (both pay-TV and free-to-air) such as Azteca Trece, Azteca 7, Proyecto 40, AZ TV de Paga and Azteca America.

“TV Azteca acknowledges the talent of British film-makers and producers and their great influence over cinema and television industries thanks to successful formats like The Office, Wallace and Gromit, The Thick of It and The Queen,” stated the Grupo Salinas-owned network.

According to the Mexican media group, the meeting, hosted by the UK’s ambassador Duncan Taylor, will also further the commercial relationship between both countries.

Since the beginning of 2016, TV Azteca has been focusing on revamping its content business, looking to modernise its own production units and its channel line-ups. The company, which had previously participated in telecom projects outside Mexico, has decided to refocus on its original market where it has identified its greatest business opportunities.