HBO Asia offers free view of Halfworlds S2’s first episode | Programming | News | Rapid TV News
By continuing to use this site you consent to the use of cookies on your device as described in our privacy policy unless you have disabled them. You can change your cookie settings at any time but parts of our site will not function correctly without them. [Close]

The second series of Halfworlds will be making its way into a greater number of Asian homes after HBO announced an offer to watch the first episode of its original series without charge. 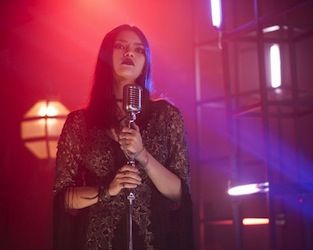 The eight-part dark action fantasy drama – HBO Asia’s first returnable series – follows a researcher who tries to uncover the secret world of Peesaj demons as she searches for an ancient artefact of great power. And now, for one week only starting 30 January, viewers across Asia can watch Episode 1 of Halfworlds season two on www.hboasia.com, whether or not they subscribe to the broadcaster’s pay-TV service.

The second season widens the universe established in the season one, moving from the alleys of Jakarta to the streets of Bangkok. Directed by Thai filmmaker Ekachai Uekrongtham (Beautiful Boxer, Skin Trade), this season features leading Asian actors from Thailand, Indonesia, the Philippines and Taiwan.