Apple goes for a non-core business: original content | Media Investment | Business | News | Rapid TV News
By continuing to use this site you consent to the use of cookies on your device as described in our privacy policy unless you have disabled them. You can change your cookie settings at any time but parts of our site will not function correctly without them. [Close]

Apple may finally enter the original content market by the end of this year according to reports in US media. 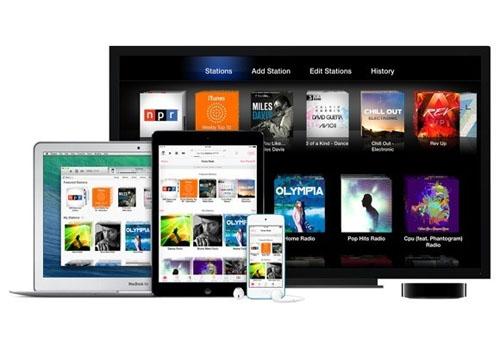 The Wall Street Journal is suggesting that the CE giant will come in line with Netflix and Amazon to produce its own original series.

“Apple is looking to find a way to recoup some of the money it has lost due to declining hardware sales, and its Music platform could be the key,” said the Seeking Alpha analyst known as the Entertainment Oracle. “Some have questioned if it makes more sense for Apple to produce its own content or just buy a company like Netflix that has a successful system already in place.”

The Oracle also pointed out that rumours around this have been floated before: “investors who have been anxiously waiting for this reveal may finally see the payoff.”

Last year, for instance, the company was linked to a Dr Dre-backed project called Vital Signs, a limited run drama that is supposedly semi-autobiographical. However, nothing around the project has been officially confirmed.

Apple is also reportedly creating a reality show about apps called Planet of the Apps — an entirely fitting project — and is acquiring the long-form version of James Corden's Carpool Karaoke. The Oracle however points out that it’s going to need a deeper bench than that to compete in the streaming biz.

The WSJ reported that Apple is actively contracting showrunners/producers and marketing executives to head up a raft of potential projects, up to and including original movies. All the content would be made available via Apple’s existing Apple Music platform.

Not only would Apple investors be impacted, but shareholders of Netflix and Amazon would see ripple effects as well.

“The pieces for Apple to put together a streaming catalogue of original content are there, but it's missing that House of Cards moment,” it noted. “Though according to the Wall Street Journal it's coming… and the impact would be massive. Anything Apple touches becomes a story and factors in its stock price.”

But why not just buy Netflix, as some have suggested?

“The company was born with a chip on its shoulder and it wants to prove it can do anything its rivals can… and better,” the Oracle said. “However, the more practical reason is the cost of obtaining, shooting and launching an original series (or multiple series) is nowhere near the cost of what it would take to buy Netflix outright. Investors may see the idea of pairing Apple Music and Netflix as a way to go head-to-head with Spotify, but there's a better and more cost-effective way.”

Apple revealed late last year that Apple Music had 20 million paid subscribers to its music service — about half of what rival Spotify has.

“Investors have long been expecting this move and the fact the groundwork has seemingly been laid in plain sight is impressive,” the Oracle said. “Apple having video and audio content sets itself apart from Spotify and the like, while also giving it a unique competitive advantage over Netflix.”