Immersive video technologies driving enhanced ad engagement | Ad Tech | News | Rapid TV News
By continuing to use this site you consent to the use of cookies on your device as described in our privacy policy unless you have disabled them. You can change your cookie settings at any time but parts of our site will not function correctly without them. [Close] 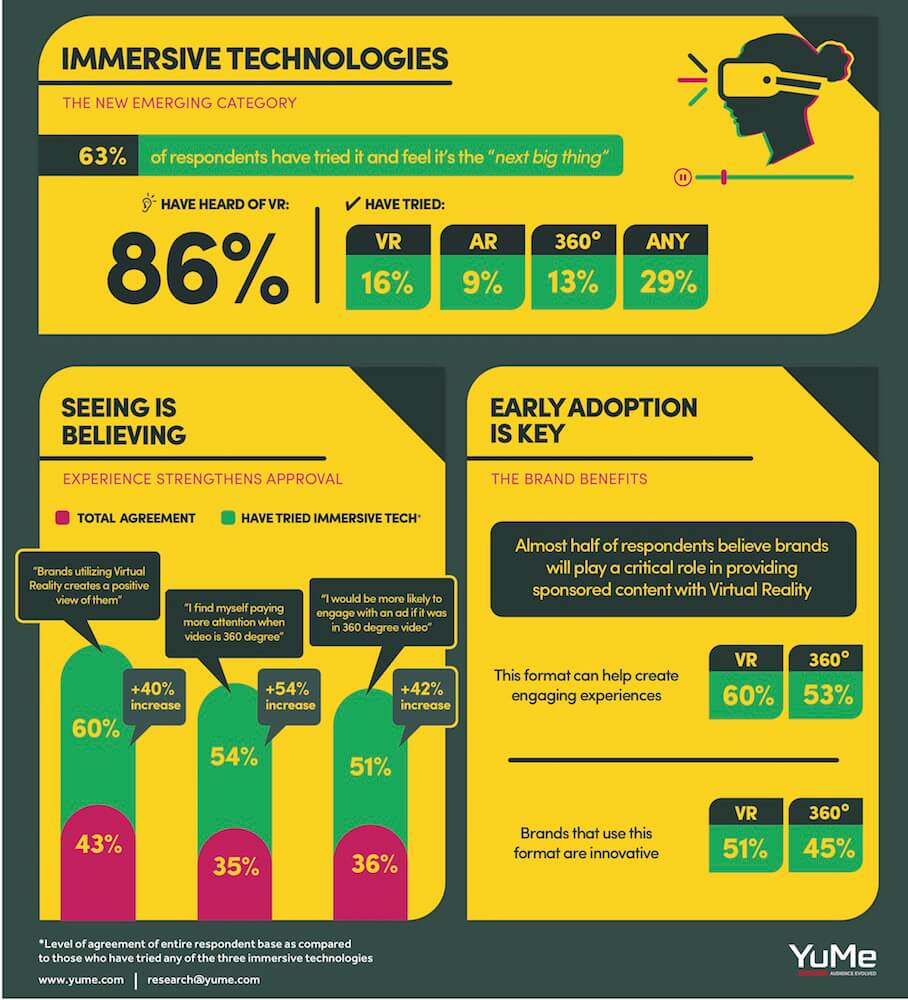 Moreover, it found that VR was the most recognised immersive technology, followed by 360° video and AR, and for those who have experienced VR, 63% believe it’s the next big thing with just over half 51% of consumers agreeing that brands that use VR are more innovative. Three-fifths of consumers who have tried VR believe it creates a positive view of brands, and over half of consumers who have tried 360° video report they would be more likely to engage with an ad in this format.

YuMe added that the halo effect of immersive experiences was also extending to marketers and brands, and suggest that in terms of brand perception, because most consumers believe that brands that incorporate immersive technology into their marketing strategy are more innovative, they may be more inclined to pay attention to their ads. In fact, over half of surveyed consumers who have tried 360° video agree that they pay more attention to ads in this format.

“Our survey indicates a strong, favourable perception of VR, AR and 360° video,” commented Mireya Arteaga, YuMe’s lead for the Seeing Is Believing research. “We believe the value for marketers is that it can also create a halo effect over brands that incorporate these immersive experiences into their marketing strategies. Overall, brands are often perceived as more innovative and therefore we believe consumers are more likely to pay attention to their ads.”