MovieLabs - Predictions for 2017 | Predictions for 2017 | Rapid TV News
By continuing to use this site you consent to the use of cookies on your device as described in our privacy policy unless you have disabled them. You can change your cookie settings at any time but parts of our site will not function correctly without them. [Close]

Engineers and technologists in the film and TV industry have been busy. Working behind the scenes, they completed key milestones in 2016 and are going to tackle some big projects in 2017 that will have a significant impact on the industry.

The development that will be most visible to consumers is the arrival of high dynamic range (HDR) and wider colour gamut. Consumers will see movies with the sparkle and rich colour that the director envisioned. What consumers usually don’t see are the technical milestones that made it possible. Key among them was the completion of three years of intense effort by industry experts that culminated in the new HDR TV standard announced by the ITU (International Telecommunications Union) in July 2016.

The milestone marked worldwide agreement on two HDR systems. One of these systems, called PQ or HDR10, is used by studios in mastering movies. By virtue of this standard, when a movie reaches consumers throughout the world, they can experience it with the full range of highlights, shadows and colours that it was created with. Engineers in the film and TV industry have been implementing these standards and building the work flows that will deliver visibly better, more realistic images to television screens. That is what consumers will see in 2017, but it wouldn’t have happened without the work of those engineers behind the scenes.

Consumers also will see more digital extras with movies they purchase online. Extras like deleted scenes, director commentaries, interviews and enhanced scene-by-scene synchronised content have been customary in physical disc distribution for years, but are only now making their way to online platforms. This richer online experience is the direct result of new industry specifications that make authoring and delivery simpler. Studios and distributors such as Vudu, Comcast, Sony Pictures, Warner Bros., Disney, and NBCU have been experimenting with delivering enhanced consumer experiences, and 2017 should see a big increase in the visibility of these experiences to consumers.

Virtual reality captured the eyes (and ears) of the industry in 2016. The prospect of a new and interactive storytelling medium has produced plenty of experiments and new consumer options. On the studio technology side, our job is to make the delivery of this new content form feasible across a range of platforms and business models. This includes finding ways to improve content reuse and interoperability across devices, to protect the VR media path in a way like premium video paths, and also to facilitate a good and consistent consumer experience. So, 2017 is when the industry will come together to create guidelines and best practices to improve the availability and quality of VR content to consumers.

2017 should also see increased availability of movie and TV content for home entertainment in China. The film market in China has become increasingly important to the global film industry, with theatrical expansion leading the way. But with the limited number of foreign theatrical releases permitted in China, many Hollywood movies can only be released to the home. A big help in realising this huge opportunity has been the increasing deployment of content protection technologies. This momentum, combined with recent progress by China DRM Forum, an industry standards body, will make 2017 a turning point for premium content distribution to Chinese consumers.

Lastly, we expect movement in the world of data analytics for the film industry. The industry has seen the emergence of competitors with large volumes of consumer data around movie viewing. Historically, major studios deliver content through intermediaries (exhibitors and retailers) and do not have access to extensive consumer data. Content creators need more data to remain connected to core fans in the world of social media and direct consumer engagement. Studios have been developing data platforms and capabilities, and we expect 2017 to be a year when studios take key steps to increase their ability to understand and analyse how consumers are interacting with film and TV.> 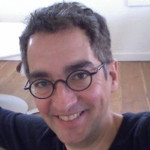